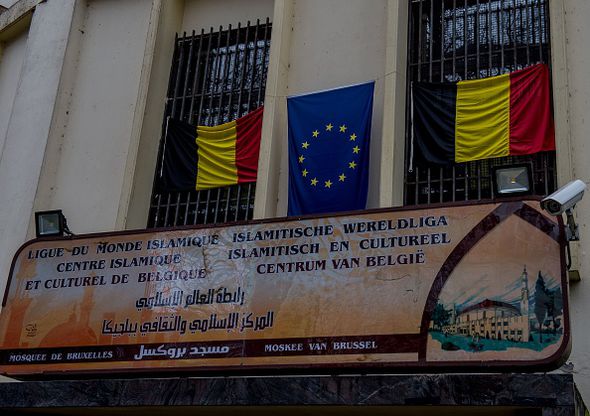 Saudi Arabia, in an indication that it is serious about shaving off the sharp edges of its Sunni Muslim ultra-conservatism, has agreed to surrender control of the Great Mosque in Brussels.

The decision follows mounting Belgian criticism of alleged intolerance and supremacism that was being propagated by the mosque’s Saudi administrators as well as social reforms in the kingdom introduced by Crown Prince Mohammed bin Salman, including a lifting of the ban on women’s driving, the granting of women’s access to male sporting events and introduction of modern forms of entertainment.

Relinquishing control of the mosque reportedly strokes with a Saudi plan to curtail support for foreign mosques and religious and cultural institutions that have been blamed for sprouting radicalism. With few details of the plan known, it remains unclear what the curtailing entails.

It also remains unclear what effect it would have. A report published last month by the Royal Danish Defence College and three Pakistani think tanks concluded that madrassas or religious seminaries in Pakistan, a hotbed of militant religious education, were no longer dependent on foreign funding. It said that foreign funding accounted for a mere seven percent of the income of madrassas in the country.

Like with Prince Mohammed’s vow last November to return Saudi Arabia to an undefined “moderate” form of Islam, its too early to tell what the Brussels decision and the social reforms mean beyond trying to improve the kingdom’s tarnished image and preparing it for a beyond-oil, 21st century economic and social existence.

The decision would at first glance seem to be primarily a public relations move and an effort to avoid rattling relations with Belgium and the European Union given that the Brussels mosque is the exception that confirms the rule. It is one of a relatively small number of Saudi-funded religious, educational and cultural institutions that was managed by the kingdom.

By doing so, Saudi Arabia has let a genie out of the bottle that it not only cannot control, but that also leads an independent life of its own. The Saudi-inspired ultra-conservative environment has also produced groups like Al Qaeda and the Islamic State that have turned on the kingdom.

Relinquishing control of the Brussels mosque allows Saudi Arabia to project itself as distancing itself from its roots in ultra-conservatism that date back to an 18th century power sharing arrangement between the Al Saud family and Mohammed ibn Abdul Wahhab, a preacher whose descendants are at the core of the kingdom’s religious establishment.

The decision, Prince Mohammed’s initial social reforms, and plans to cut funding notwithstanding, Saudi Arabia appears to be making less of clean break on the frontlines of its confrontation with Iran where support for ultra-conservative and/or militant groups is still the name of the game.

Saudi Arabia said last month that it would open a Salafi missionary centre in the Yemeni province of Al Mahrah on the border with Oman and the kingdom. Saudi Arabia’s ill-fated military intervention in Yemen was sparked by its conflict with Iranian-backed Houthi rebels, a Zaydi Shiite Muslim sect with roots in a region bordering the kingdom, that dates to Saudi employment of Salafism to counter the group in the 1980s and early this century.

Saudi militants reported in the last year that Saudi nationals of Baloch origin were funnelling large amounts of money into militant madrassas in the Pakistani province of Balochistan on the border with Iran. Saudi-funded ultraconservative Sunni Muslim madrassas operated by anti-Shiite militants dominate the region’s educational landscape.

The money flowed, although it was not clear whether the Saudi donors had tacit government approval, at a time that Saudi Arabia is toying with the idea of seeking to destabilize Iran by stirring unrest among its multiple minorities, including the Baloch.

A militant Islamic scholar, who operates militant madrassas in the triangle where the borders of Balochistan, Iran and Afghanistan meet, was last year named a globally designated terrorist by the US Treasury while he was fundraising in the kingdom.

Algerian media reports last month detailed Saudi propagation of a quietist, apolitical yet supremacist and anti-pluralistic form of Sunni Muslim ultra-conservatism in the North African country. The media published a letter by a prominent Saudi scholar that appointed three ultra-conservative Algerian clerics as the representatives of Salafism.

“While Saudi Arabia tries to promote the image of a country that is ridding itself of its fanatics, it sends to other countries the most radical of its doctrines,” asserted independent Algerian newspaper El Watan.

The decision to relinquish control of the Brussels mosque that in 1969 had been leased rent-free to the kingdom for a period of 99 years by Belgian King Baudouin followed a Belgian parliamentary inquiry into last year’s attack on Brussels’ international Zaventem airport and a metro station in the city in which 32 people were killed. The inquiry advised the government to cancel the mosque contract on the grounds that Saudi-inspired ultra-conservatism could contribute to extremism.

Michel Privot of the European Network Against Racism, estimated that 95 percent of Muslim education in Belgium was provided by Saudi-trained imams.

“There is a huge demand within Muslim communities to know about their religion, but most of the offer is filled by a very conservative Salafi type of Islam sponsored by Saudi Arabia. Other Muslim countries have been unable to offer grants to students on such a scale,” Mr. Privot said.

The US embassy in Brussels, in a 2007 cable leaked by Wikileaks, reported that “there is a noted absence in the life of Islam in Belgium of broader cultural traditions such as literature, humanism and science which defaults to an ambient practice of Islam pervaded by a more conservative Salafi interpretation of the faith.”

Saudi Arabia has worked hard in the last year to alter perceptions of its Islamic-inspired beliefs.

Mohammed bin Abdul Karim Al-Issa, a former Saudi justice minister and secretary general of the World Muslim League, the group that operates the Brussels mosque and has served for half a century as a key funding vehicle for ultra-conservatism insisted on a visited last year to the Belgian capital that Islam “cannot be equated and judged by the few events and attacks, carried out because of political or geo-strategic interests. As a religion, Islam teaches humanity, tolerance, and mutual respect.

Mr. Al-Issa, in a first in a country that long distributed copies of the Protocols of Zion, an early 20th century anti-Semitic tract, last month, expressed last month on International Holocaust Remembrance Day that commemorates Nazi persecution of the Jews “great sympathy with the victims of the Holocaust, an incident that shook humanity to the core, and created an event whose horrors could not be denied or underrated by any fair-minded or peace-loving person.”

Mr. Al-Issa’s comments no doubt also signalled ever closer ties between Saudi Arabia and Israel, who both bitterly oppose Iran’s regional influence. Nonetheless, they constituted a radical rupture in Saudi Arabia, where Islamic scholars, often described Jews  as “the scum of the human race, the rats of the world, the violators of pacts and agreements, the murderers of the prophets, and the offspring of apes and pigs.” 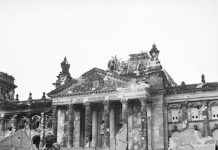 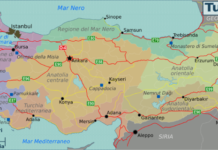 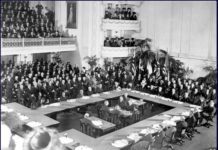