Home LETTURE Russia’s role for peace in the Mideast 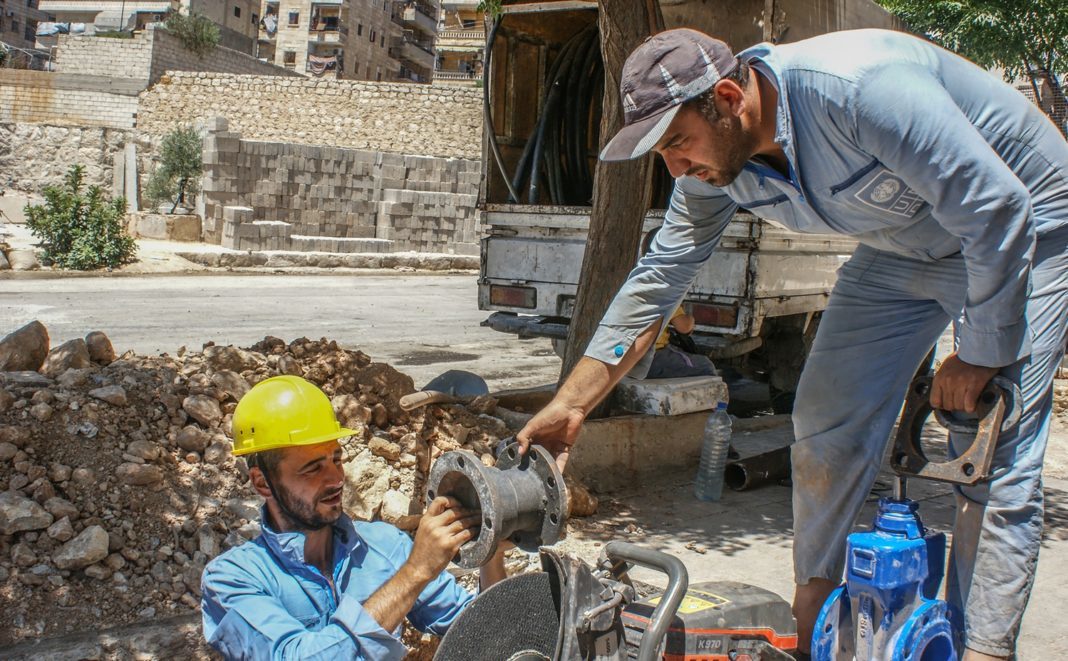 At the recent XIV annual conference of the Valdai Discussion Club (Oct 16-19th 2017), Professor Dr. Vitaly Naumkin was chosen as the first laureate of the Valdai Academy award for his successful work to bring about truce in Syria. Politically this is a significant signal since it coincides with some recent developments which may open the possibility for some future stabilization in the region as a whole. Professor Vitaly Naumkin, is history professor and at present Director of the Oriental Studies at the Russian Academy of Sciences. He is also president of the Center for Strategic and Political Research and editor in chief of the Magazine “Vostok ORIENS”, published by the Russian Academy of Sciences.

End of September (26.09.2017) Naumkin gave a short interview to the Magazine “Russia in Gobal Affairs” published by Russian strategist Professor S. Karaganov, in which he was asked what awaits Syria and to what extent Russia could continue to pursue its multi-vector policy in the Middle East maintaining relationships with Saudi Arabia, Iran and Israel at the same time. He answered that Russia will not only be able to maintain such relationships, but also to diversify its policy in the Middle East and that Russia also gains experience and deepens its ties with all actors. “Today almost all countries in the Middle East are interested in Russia’s involvement and view it as the main partner capable of influencing the situation in the region. We hope that Syria will manage to create consensus among the conflicting parties and secure a ceasefire.”

Being asked about what would be the prospects of Syrian economic recovery after the end of hostilities, Naumkin stressed that this is one of the most difficult questions to answer since the country has been considerably destroyed. This question involved not only economic recovery but also humanitarian disaster e.g. the return of refugees. The country might be reconstructed, but no one would know whether those who have fled will ever return, whether they will believe that the war is over, terrorist activity has been disrupted and the conflicting parties have reached an agreement. “Rebuilding trust, protecting people, maintaining ceasefire and supplying humanitarian aid are the tasks to be listed on the agenda apart from economic recovery, which in turn requires sufficient financial inflows”, Naumkin stated. “The current level of destruction is a direct result of the activity of different armed groups — both extremist ones and those, who started insurgency against the legitimate government, plunging the country into a bloody war.” He underlined that Russia was already contributing much to the cause of Syrian reconstruction. For example, infrastructure is being rebuilt in Aleppo and its citizens are provided with medical care. “Russia is helping and will help in the future; however it will certainly not be able to revive Syria on its own, for hundreds of billions of dollars are required.”

In terms of future goals which Russia will pursue in the Middle East after the end of the war and revival of Syrian statehood, Naumkin underlined that “Russia’s basic policies in the region — which is restoring stability and security as well as developing bilateral and multilateral ties – will remain untouched. The Syrian conflict is not the only one in the region. The Arab-Israeli conflict has not been resolved either.”

High esteem was expressed for this Russian Middle Eastern expert Naumkin by UN-special envoy for Syria, Staffan de Mistura who in an interview with Valdai News in the context of the annual Valdai conference pointed to the “extraordinary quality” of Professor Naumkin. He underlined that he considers him not only a personal friend, but sees him as an extraordinary human being, “an extremely competent person” who has all the qualities that are precondition for a successful “mediation”. This included the quality of discretion. Naumkin would be highly professional, speaking several languages fluently. At the same time he is seen as a modest person who listens carefully to the other side. He would not be a very controversial person, ”but one who learned the rules of mediation: Never point with your finger to the other side. You never personalize the rapport in a negative way. He is remarkably effective, discrete and confidential as well as able to interact with his method with anyone.”

On this background it is worthwhile to look at some developments which took place during the last three weeks — many of them not being mentioned by the Western press. On November 2nd it was reported that the Syrian army reached victory over Daesh in the Deir-ez Zor. In an interview with Radio Sputnik, Beirut based scholar and journalist Dr. Lorenzo Trombetta stated that with this the Islamic State organization had lost its last urban stronghold, they would perhaps remain present in the rural, suburban peripheral areas.

It is also noteworthy that the Russian Ambassador to the US, Anatoly Antonov, at the sideline of the Russian American Scientist Association (RASA-USA) Conference in Chicago, on November 5th told the press, that he had “positive expectations” of the upcoming meeting between Russian president Putin and US president Trump in Asia on the sidelines of the Asia-Pacific Economic Cooperation (APEC) forum in Vietnam on November 10/11, also with regards to the situation in Syria.

One should look at the situation with cautious optimism also from the standpoint of two other interviews which were given mid-October to Valdai News: One was an interview with former Austrian Chancellor Wolfgang Schüssel (2000- 2007), who talked about the necessary conditions for stabilizing the present global situation. Aside the need to stabilize the situation in Eastern Ukraine ( fulfillment of the Minsk agreement), he stressed that the second most important question is the “need to stabilize the Middle East. What we are seeing there is the collapse of the post-colonial order”, Schüssel said. “In Syria 500.000 (!) people have been killed, which is the same amount of casualties in Austria during World War II. There is a need to stabilize the Middle East and generate peaceful conditions for everyone.” The third necessity is how to find better global governance. Schüssel underlined that “Russia is by far the biggest country in the world. Even if we don’t have huge wars ,we are de facto in a ‘third world war’ as Pope Francis has kept reiterating. We need to stabilize the world and this only functions if an initiative is taken by the UN. Russia is a member of the UN Security Council with veto powers.”

Similarly Itamar Rabinovic, president of the Islamic Institute and former Israeli Ambassador to the US (1993-96) in an interview with Valdai News about the Middle East emphasized that the future of the Mideast can only be solved if the deeper underlying factors in the Mideast such as demography crisis, major economic imbalances are being solved. He identified Iran and Turkey as the biggest challenges in the region, both having become successors to the past Empires. Both countries have a highly developed military, an educated elite and civilized societies. In terms of Syria, he stressed that the regime now controls 78% of the territory. At the same time he remarked that any systematic effort from the US is not foreseeable given the highly contradictory and inconsistent US Policy under President Trump. He noted that after bombing a Syrian airport and shooting down a Syrian airplane, the US has been walking away from the ground. Many Mideast experts in the US would be “bewildered” about for example the President’s awkward relation to his Foreign Secretary. There are National Security Council people who try to impose some order, yet most people watch the whole development with anxiety.