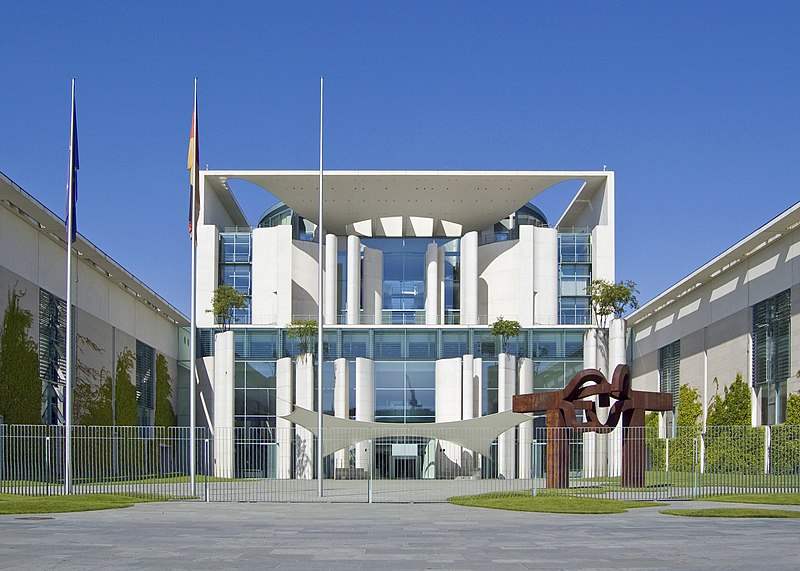 In an interview with a Russian online magazine the influential German Kremlologist Alexander Rahr characterized Merkel’s recent visit to Moscow (January 12th) – the first working visit to the Kremlin since five years- as “almost a breakthrough.” He stated that what we are seeing now is a shift away from a purely “value oriented” foreign policy to a “policy of interests” and that German Chancellor Merkel and French president Macron have understood that the “problems in the Mideast cannot be solved without Russia” (this concerns Iran, Syria and Libya). The former chairman of the Munich Security Conference, Professor Dr. Teltschik in a commentary written for Focus Magazine beginning of January qualified the Merkel visit to President Putin as extremely important, calling for a close coordination between Russia as well as the heads of state of Germany, France and Great Britain, whose aim should be to bring about a peaceful settlement in Iran and implement the JCPOA. He essentially argued in favor of Iranian President Rouhani’s peace plan for the Gulf, presented to the UN September 2019 that urges foreign troops to keep out of the Gulf and build “Golf security architecture.”

The recent brutal drone attack ordered by US president Trump in Iraq that killed the second man in command in Iran, General Soleimani, followed by an unsuccessful drone attack in Yemen, as well as Trumps decision to impose “extraterritorial sanctions” against European energy companies which are involved in the construction of the Nord Stream 2 natural gas Pipeline, has in my opinion “become the proverbial straw that broke the camel’s back”. Trumps policy has not only demonstrated the utter disregard of the present US government for “International Law” but it has also been a declaration of bankruptcy of the US policy in the Mideast- that for 20 years has been engaged in wars leaving the entire region in chaos.

Hence I think that there is a strong “reaction formation” in Europe. A new diplomatic dimension how to deal with the actual conflicts (Iran, Syria, Libya and Ukraine) was reflected in Chancellor Merkel’s recent visit to Moscow, where on January 12th she met President Putin. It was the second meeting between Putin and Merkel after the Normandy Summit in Paris on 9th of December, which was “partially” successful, even if it didn’t bring about a permanent ceasefire in Donbass.

At a press conference  in the Kremlin both President Putin as well as Chancellor Merkel respectively qualified the January 12th meeting as “substantive und useful talks” that touched upon bilateral relations in politics, the economy, humanitarian and cultural area as well as discussion about international problems. “Russia is committed to building up cooperation with the Federal Republic on the principles of respect, equality, mutual benefit and consideration for each other’s interests,” President Putin stated.

Both state leaders paid  attention to the efforts that are being made to “restore stability and security in Libya,” which otherwise would have “implications for Europe in terms of illegal migration, smuggling and arms and drug trafficking,” (Putin)  and  urged the necessity to put an end to the armed confrontation between General Haftar’s Libyan National Army and the Government of the National Accord of Fayez al-Sarraj, in order to establish ceasefire and take steps to restart the political process with the ultimate goal of overcoming the split inside the country and forming national state institutions.

President Putin strongly emphasized that Russia considered Germany’s initiative to hold an international conference on Libya in Berlin (January 19th) as “timely”. In order to hold such conference in Berlin it would be necessary to ensure the participation of states that are really interested in helping the Libyan settlement and the key issue is that its decisions must be previously agreed on with the Libyan parties. Ghassan Salamé, Special Representative of the UN Secretary General for Libya should also play a role in that.

This was also a key topic in Merkel’s statement at the press conference. She  underlined that after the constructive Erdogan and Putin meeting in Istanbul (January 8th) ceasefire efforts being undertaken and she announced an invitation to all participants to come January 19th to a Berlin conference, which will be held under UN auspices (UN General Secretary Antonio Guterres and UN Special Representative for Libya Ghassan Salamé). “We are not going to interfere with the Libyan sovereignty,” Merkel said. “And therefore the conflicting parties Fayez al-Sarraj and Khalifa Haftar – will also be involved in this process. We hope that efforts that are being undertaken by Russia and Turkey will be successful. We will soon send out invitation to the Berlin conference.”

Since September Germany is involved in a consultative mechanism  that is  accompanying the work of UN General Secretary Guterres and Ghassan Salamé in order to restore stability in Libya. Several sessions have already taken place during the last months on the level of high level government officials and documents have already been worked out to be presented at the meeting in January 19th.

A second major conflict area was Syria.  During the press conference President Putin emphasized that he shared with Merkel the results of his recent visit to Damascus (January7th) meeting President Assad and celebrating the Russian Orthodox Christmas together with the Orthodox Patriarch of Antioch and All the East at the Marian Cathedral in Damascus. One should note that this was the first visit of the Russian President to Damascus since the outbreak of the war. His visit was followed January 8th by a visit to Istanbul where in the presence of Turkish president Erdogan, the “Turkish Stream” natural gas project (930 km, carrying gas from Russia to South Eastern Europe) was signed. He stated at the press conference that “we can confidently state that the situation in the country is stabilizing. Syria is slowly returning to peaceful life, and its statehood is being restored.  Russia and Germany share the view that the final resolution of the conflict in Syria can be achieved exclusively by political means in accordance with the UN Security Council Resolution 2254.The main thing is for the Syrian people to have an opportunity to freely and independently determine their future, the future of their nation. It is exactly this approach that underlies the formation of the Constitutional Committee.”

Chancellor Merkel expressed “delight” about the meeting between President Erdogan and President Putin (January 8th) that led to “important results”. She underlined that she was particularly ödelighted that Erdogan and Putin reached an agreement on two humanitarian corridors fronts in Syria, which have been opened because people there badly need them; at the same time she stressed that there “would be no military solution for Syria. A solution can only be found through talks, which is what we are hoping for. Therefore for our part, we call for creating one more corridor towards northern Syria for the delivery of humanitarian aid.” In the search for a political solution for Syria and “to facilitate the constitutional process in Syria, we will continue to cooperate with Turkey, Russia and France.

The other topic of discussion between Merkel and Putin centered on their respective concern how to preserve the “Joint Comprehensive Plan of Action on Iran’s nuclear deal.” Both Putin and Merkel emphasized that “Russia and Germany resolutely stand for continuing the implementation of the Joint Comprehensive Plan of Action (JCPOA) and that the Iranians are entitled to a support from European nations which promised to set up a special financial vehicle separate from the US Dollar to be used in trade settlements with Iran. The Instrument in Support of Trade Exchanges (INSTEX) must finally begin working.

In terms of Ukraine both Merkel and Putin underlined that they share the opinion that there is no alternative to the “Minsk agreements” in normalizing the situation in Ukraine Southeast. “We hope that the Ukrainian side will start implementing the agreements on the political settlement. Extending the law on the special status of Donbass is a good move in the right direction. However the law must not have a time limit, as it is stipulated in the Minsk agreement. The special status of Donbass must be fixed in the Ukrainian Constitution as it is also stated in the Minsk Agreements,” Putin stated.

On the Nord Stream 2 natural gas project between Russia and Germany, both leaders stressed their determination to maintain the project – which – as Putin stated- Russia will complete on its own, even if it may involve a short delay. Both however adamantly emphasized that the US imposed “extraterritorial sanctions” will not keep them away to finalize the project which is in the interest of Russia and Europe.

Chancellor Merkel expressed hope that “the meetings between Russia and Germany will continue with the involvement of other countries, so that we can help give diplomatic solutions a chance and support UN efforts in all these spheres.”