During the last weeks there has been close cooperation between Germany and Russia based on the recognition that a solution of the Libyan conflict is key to peace in the African and Middle-East region. In this context it is noteworthy to study an interview that was conducted on February 7 by the news agency Russia Today (RT) with the Russian Ambassador to Germany, Sergej Netschajew. The focus of the Ambassador’s interview, which is the first of that kind in years given by a top Russian diplomat in Germany, was about the future of dialogue between Germany and Russia: “We can principally say that the readiness for dialogue between Russia and Germany has a very positive impact on the international situation, on Europe as well as an impact for settling international conflicts in the world,” the Ambassador stated.  He referred to the Libyan crisis as one of the areas, “where we cooperate very closely with Berlin” and made reference to the Libya conference in Berlin, (19th of January) where government representatives from Algeria, Egypt, China, Germany, France, Italy, the Republic of Congo, Russia, Turkey ,the UAE, UK,USA as well as High Representatives from the UN, OAU, EU and Arab League signed a final communique that  includes: the need to preserve Libya’s sovereignty, the call for  a cease fire, arms embargo, return to the political process, reform of the security sector, economic and financial reform, respect for humanitarian international law and human rights  and continuing measures.

The Russian Ambassador emphasized that the recent visit by Merkel to Moscow and respectively the visit by the two Libyan opponents in Moscow (January 7th) had contributed to make the Berlin Libya conference successful. After the Berlin conference, the Ambassador noted, significant steps are being made to “implement parts of the resolution.” This includes further dialogue with the warring Libyan parties to accept the resolution; it is also important to continue exchange with the neighboring countries of Libya.

In respect to Syria the Russian Ambassador underlined that “we are also ready to cooperate in finding solutions to the Syria conflict, which however implies that our Western colleagues recognize the necessity to actively get engaged in the return of Syrian refugees to their homeland. It does not always function, given that infrastructure- water supply, as well as home building must be restored, without which a return of refugees will be impossible. Here we are in a very difficult situation, because some of our western partners are restrained and  do not want to cooperate with the legitimate Syrian government. We however hope that this tendency will be overcome.”

Another focus of the interview was the Ukraine and the so called “Normandy Format.” He mentioned that recently there was a revival of the Normandy Format negotiation in Paris (December 9). As a result this “process is developing and we hope that our German partners will more actively influence the administration in Kiev so that the results of the Minsk agreements after the Paris summit will be realized and further decisions taken that aim at complete implementation of the Minsk  agreements.”

The Russian Ambassador also paid attention to Iran and referred to the “Common plan of Action (JCPOA)” for Iran, i.e. for the Iranian nuclear program- which unfortunately is not going ahead given that “our US partners unilaterally cancelled the agreement.” ( ..)  “We hope that our European colleagues who participated in this common action plan will take into account how the crisis developed in the context of the Iran Nuclear Program and how a historic deal came into being.” The main reason for the problems emerging is, according to Netschajew, Washington that cancelled the deal leading many problems.

Commenting the recent visit of Chancellor Merkel to Moscow he underlined that there are people who wish “to isolate and punish Russia.” Such attempts however would make no sense since in Germany people recognize that “confrontation is leading into a dead end and is hopeless.”  There is instead the “need for dialogue and constructive cooperation”. Even if the “strategic partnership” that existed before the beginning of the Ukraine crisis (2014) with a trade turn- over of $80Bn, is hardly possible at this moment, nonetheless many cooperation initiatives have been set into motion  and revived by Germany and Russia, the Ambassador emphasized. This concerns in particular the “German /Russia security cooperation” on the level of vice Foreign Ministers as well as the German- Russian initiatives concerning education, scientific cooperation, research and innovation, as well as economic cooperation and cooperation in the cultural field.

He particularly emphasized the significance of the German – Russian “intraregional cooperation exemplified by the recent visit of the Bavarian Minister- President Markus Söder (January 29th) to Moscow which resulted in multiple agreements signed between Moscow and the Federal State of Bavaria. There is a growing understanding that “regional elites” as well as Berlin understand that “regional dialogue” is important.  “Regional elites, particularly in Eastern Germany openly emphasize the importance of cooperation.”

One of the functioning projects of constructive German –Russia economic cooperation is the gas Pipeline project “Nord Stream 2”. This US after having imposed sanctions against the Swiss tube constructor company “All Seas”, that has temporarily halted the constructed of tubes for the last 150 km for the 1200 km pipeline- and is a blatant attempt to paralyze the project-, has now announced that it is going to impose even more draconian sanctions against a l l European companies that are engaged in the Nord Stream II project in order to bring the project to a halt. It instead offers Europe its liquefied expensive gas. According to the Ambassador Russia “welcomes that the Government further supports this project which is   environment- friendly, much cheaper as well as beneficial for Europe.

End of January the “Valdai Discussion Club” newsletter announced that on February 17/18 the Valdai Discussion Club in partnership with the Russian Institute of Oriental Studies of the Russian Academy of Sciences will hold its ninth Middle East Conference. This year the discussion is dedicated to the theme “The Middle East in a time of Change. Towards a new Stability Architecture” and a special report is going to be issued at that occasion. The focus of the program is the “regional architecture “and scenarios of what the 2020’s will bring to the region. According to the conference organizers “the new year began with escalation of conflict between Iran and the USA, as well as with the ‘deal of the century’ Palestinian / Israeli settlement, declared by Washington. Recently another wave of large scale protests hit Iraq, Egypt, Lebanon, Iran – a change of power took place in Angola and Sudan and an electoral crisis erupted in Israel.” Hence experts from different states are going to discuss about the region’s future in the global context, the growing conflict potential in the Mideast and relations between Arab countries and their non- Arab neighbors.

One of the key speakers and moderator at this conference will be Russian Academician Professor Vitaly Naumkin – an outstanding Russian Mideast Scholar who is also President of the Institute of Oriental Studies of the Russian Academy of Sciences, aside Fjodor Lukjanov, Chief editor of “Russia in Global Affairs” and research Director of Valdai Discussion Club.

In an earlier article (14th January) Valdai News had reported about a previous Discussion Club event entitled “US –Iran: The Limits of Escalation.” Russian Mideast expert Prof. Vitaly Naumkin at that occasion focused his remarks on the recent efforts by Germany and Russia to settle the Libyan conflict. Prof. Naumkin stressed that as result of the recent meeting between Putin and Merkel in Moscow (January 7th) a “new situation for us” has developed. “It shows that Germany needs us not only because of gas, but also with respect to political and regional issues. As for Libya Germany has shown itself to be the leader of the EU. If Rome and Paris cannot agree among themselves and support the opposite sides, Berlin acts as an impartial broker.” 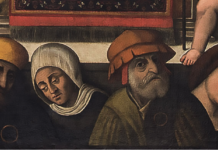 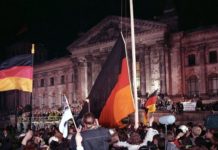 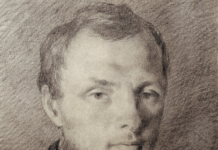