Home CORRISPONDENZE German Greenies: What melody do they sing if they want to... 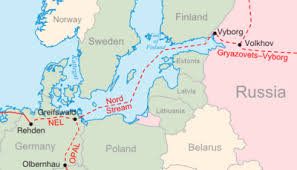 A new storm of protest coming from the German Greenies has broken out in Germany since the beginning of this year. Its aim is to block the completion of the prestigious German- Russian Baltic Sea gas pipeline Project Nord Stream 2 (which was stopped December 2019 due to Trumps extraterritorial sanctions, which Trump signed December 20, 2019 with the so called “Protecting Europe’s Energy Security Act”). Only 160 km -i.e. 30 km in German waters and 120 km in Danish waters – are missing for completion of the 1124 km long pipeline that will have the capacity to carry 55bn cubic meters of natural gas from Russia to Germany and from there to other parts of Europe. In the last days however a new form of unholy “Transatlantic Alliance” has been formed, which is spearheaded by the German Greenie Party- in particular its chairwoman Annalena Baerbock. It gets flanking support from the “Friday’s for future” activists who called for demonstrations against Nord Stream 2 and the German “Umwelthilfe” (NGO).

The angry protest articulated by Greenie chairwoman Baerbock was in response to a move by the parliament of the federal state Mecklenburg-Vorpommern under Prime Minister Manuela Schwesig (SPD), which agreed to create a “Foundation for climate and environmental protection” (200.000 Euro capital), whose aim is to assist the swift final construction of the gas pipeline Nord- Stream 2 project that is worth 11bn Euro. The Foundation wants to protect and guarantee the environment and climate protection and qualifies the Baltic Sea Pipeline as a “bridge technology”, as long as there is not enough renewable energy available. The planned Foundation is supposed to buy construction material and goods, which include machines for the firms which are engaged in the construction of the pipeline. Baerbock’s aim is de facto to destroy the German- Russian as well as Russian- European energy project Nord Stream 2- for “geostrategic” reasons as she had stated according to Die Welt (13.01.21): “The fact that Russian money is being used to finance a foundation under the guise of climate protection for the sole purpose of completing the pipeline (Nord-Stream 2), is simply outrageous. Not only in terms of climate policy, but above all in terms of geo-strategy.”

One should keep in mind that end of Summer 2020 a group of US Senators  and Representatives– among them Republican Senator Ted Cruz from Texas (who on January 6th had argued most vociferously during the certification procedure of the House for a recount of all votes, since the presidential elections “were full of irregularities, fraud” et cetera) and Republican Representative Steve Womack from Arkansas, aside Senator Jeanne Shaheen (New Hampshire, Democrat) have called for  harsher “extraterritorial sanctions” to be imposed against German and foreign construction as well as insurance and certification companies and individuals, such as the mayor Frank Kracht from Sassnitz (Island Rügen). In reaction protest was raised by the German government – including Chancellor Angela Merkel and her Foreign Minister Maas – who rejected this act as an “intolerable interference into German sovereign rights.”

Who from the Greenies are pushing now the Trump line against Germany and China?

It is ironic to see that months before the general parliamentary elections (as well as six elections in federal states) that will take place this year in Germany, the German Green Party and its most important protagonists- Greenie Chairwoman Annalena Baerbock and German Green EU- parliamentarian Reinhard Bütikofer are in full mobilization, in order to stop what they judge as “geostrategic” threats from Russia and China.  What strikes is the similarity of verbiage which echoes the utterings by former US President Trump and his most loyal supporters. The loud protest of Annalena Baerbock, who directed her rage against Prime Minister Manuela Schwesig, was flanked by  a new offensive from the “German Foundation Environment and Climate” (Deutsche Umwelthilfe) , as well as by Friday’s for future protests  carried out by some activists in Berlin and Schwerin.

It should be noted that in the upcoming general parliamentarian elections in September 2021 the greenies who enjoy support from several CDU as well as German business layers, will chose as main battlefield the “geostrategic” fight against Russia and Putin (i.e. Nord Stream), as well as against China, which is very similar to what Trump was pushing.

8th of January an article appeared in the German newspaper FAZ, written by Gabriel Felbermayr- chairman of the Institute of World Economy (IfW). The article focused on the EU /China investment agreement that was concluded December 30th 2020. The agreement had been negotiated for almost seven years. A key role in the final phase was played by German Chancellor Merkel, as well as by European Commission chairwoman Ursula von der Leyen and Charles Michel (European Council). In various commentaries the agreement was portrayed as a “breakthrough” since both in China and the EU investment hurdles could be overcome. The agreement still has to be ratified by the EU member countries. Felbermayr stated in the article that with the election of President Joe Biden the Europeans saw the chance to bring motion into the EU / China deal, by deciding to make more “concessions”, given that the US and EU interests in respect to China are not “identical”. Both the US and EU have current account deficits (US 2% and EU 0,5% ) vis a vis China. Germany however exported industrial goods worth 95bn Euro to China, while the US, which is five times as big, had the same value of exports. “German enterprises in the last years have been more successful than American ones,” the author wrote.

The very day that the agreement was passed, on December 30th the German National Radio (Deutschlandfunk) carried an interview with EU Greenie parliamentarian Reinhard Bütikofer (chairman of the EU delegation responsible for China relations), who criticized the negotiations by stating that the European Commission was obviously “satisfied with the gibberish” from the Chinese side. His criticism was centered on the question of “labor protection”, as well as of“equal” and “fair” chances for European companies in China. These questions had not been resolved and there was reason to believe that China on a large-scale practice “forced labor” (for example in Xingjiang), Bütikofer stated. Maybe it was because of the Year end mood that Bütikofer used a quite vulgar language which- given his past as fervent Maoist – may not be surprising. He stated that if China assures constantly that it wants to ratify the ILO core convention against forced labor, in a “diplomatically polite way this means ‘you can kiss our ass’” (“ihr könnt uns mal kreuzweise”). Bütikofer being asked by the DLF whether the European enterprises didn’t get better access to Chinese market with 1,4 Billion People, kept repeating the line that many question marks remain such as the problem whether both sides of enterprises get equal access to the market, underlining that the standard of “sustainability” and “labor” “are not the same” in China. Hence he qualified the agreement as a lot of “gibberish”, underlining that the “European Commission” was “bamboozled”.

The Maoist militant past of some German Greenies

It is noteworthy that a few among the German Greenies during the 70ies were fervent defenders of Mao and were members of some Maoist militant groups such as KBW.  Exemplary are the cases of Reinhard Bütikofer and of Hans-Gerhart “Joscha” Schmierer, the latter a member of the former planning staff under Greenie Foreign Minister Joschka Fischer (1998-2005). According to the German Magazine “Cicero” (https://www.cicero.de/innenpolitik/karrieresprungbrett-kbw/3600), H. G. Schmierer had been Secretary of the Central Committee of the militant Maoist organization “KBW” (Kommunistischer Bund West). As “Cicero” magazine outlined, he travelled end of 1978 with a delegation to Cambodia, to meet the “Red Khmer” Chairman and mass murderer of Pol Pot, Saloth Sar. Later he wrote that “the people of Kampuchea transformed its country into a blossoming garden” (Communist People’s paper of the KBW). In 1977 according to “Cicero” the KBW members were also in the forefront of the anti -nuclear protests in Brokdorf and Grohnde.

Some light was shed on H.G. Schmierer and his very colorful past in an official questions and answer document in the German federal Parliament (Drucksache 14/5406) on the 5th of March 2001. The questions which were officially asked by Members of Parliament such as Jürgen Koppelin, Jörg van Essen and Dr. Wolfgang Gerhardt from the FDP, focused on Schmierer’s past. Questions were raised concerning a greeting telegram in his capacity as Secretary of the Kommunistische Bund West (KBW) that he sent 1980 to “the comrades of Pol Pot”, to the Secretary of the Central Committee of the Communist Party Kampuchea; whether it was true what Schmierer had stated in the greeting telegram that “the fight of the Kampuchean people is an important attribution to world peace.” Whether the Government shares the opinion that the Secretary of the CP Kampuchea was a “mass murderer”? The German Government in 2001 answered only vaguely along the line that a security check had been done on Schmierer.

According to information on his Website, Green party leader Bütikofer, who was born in 1953 in Mannheim, had in 1969/70 studied in Heidelberg philosophy, history and sinology, had various posts as student representative in 1973 and later joined the group “Kommunistische Hochschulgruppe” (Communist University League, KHG). While at the time of Mao he was a passionate adherent of Mao’s People’s Republic, he later transformed from a fervent Mao defender into a sharp critic of China. In 1997 he became European political speaker of the Greenie faction. In 1998 he became federal managing director of the Bündnis 90/Grüne. He was from 2002 till 2008 Chairman of the green party. Since 2009 he is member of the European parliament, as well as member of various commissions, including one on foreign policy, and is chairman of the delegation for relations with the People’s Republic of China.

One can accept the fact that a person may change his radical views that he had shown in early political life. But when one hears the strange melody which is sung at present against Nord Stream 2 or China, which was also sung in Washington, one begins to wonder if some greenies, driven by their “zeal” for power, have joined the same chorus? 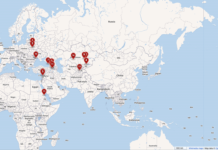 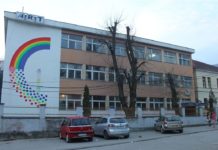 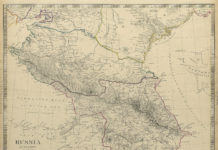