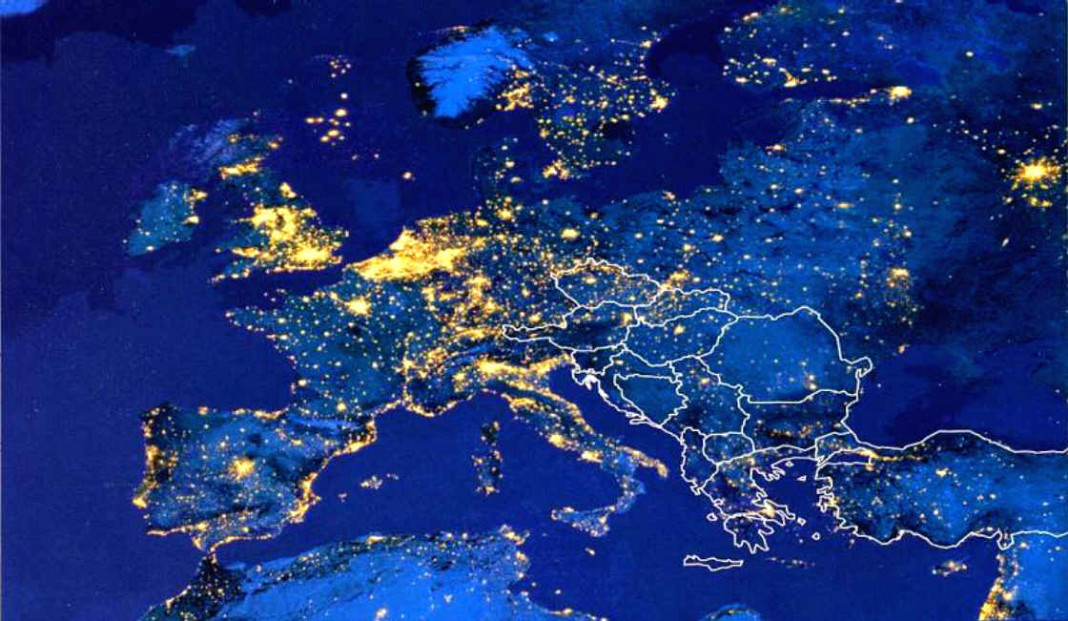 In a recent speech during a lunch in Bonn which was given by former Inspector General of the German Armed Forces (1991-96, Generalinspekteur der Bundeswehr) and former Chairman of the NATO Military Committee (1996 to 1999) General (ret) Klaus Naumann – a broad panorama of future security challenges for Europe was outlined. As complex as his analysis was, what lacked in the speaker’s analysis was a “vision” which could show a way out of the multiple strategic crises that Europe is facing: what he offered as a way out of the crisis was a formula which essentially states that Europe despite differences has no “alternative” but to go along with the US.

The speech is symptomatic for the kind of strategic thinking among many committed Atlanticists in Germany who in the last two weeks have again been shocked by the news that the US Secret Services uninterruptedly have been recruiting German spies. As consequence of the recent spy scandal the highest representative of the American secret services in Germany was expelled in the last days. Right now relations between Germany and the US are significantly damaged. This is the result of the enormous loss of trust and Germany’s disappointment about the incredible “arrogance” of the US government. According to some leading media in Germany, US secret services were systematically and continuously recruiting agents from the German Security Service (BND) to spy for the United States. This news came a year after an earthquake had rocked Germany caused by Snowden’s revelations that the German government (including the personal mobile phone of the Chancellor) was systematically spied upon by the NSA. The German government efforts to get an official clarification from the US government as well as its effort to bring about a “no spy agreement” with the U.S., have been systematically frustrated. The US government has not moved one inch and is instead arrogantly demonstrating an attitude of “We don’t give a damn” towards German security concerns. In a commentary published in the leading daily FAS (Frankfurter Allgemeine Zeitung am Sonntag, 12.07.14) a psychologically revealing metaphor was used to characterize relations between Germany and the US, qualifying them as a relation “between master and dog?”

Meanwhile the German political class is manifesting an interesting “reaction formation”. There is the recurring word “alternativlos” (without alternative) mostly used by Chancellor Merkel and other leading representatives. “Alternativlos” means that Germany while trying to show more responsibility in the world is essentially following what the US demands and then calls it “political pragmatism”.

Rather than being “alternativlos” in respect to the Russia/Ukraine crisis, what is rather needed is a true “emancipation” of Europe from America and a self-conscious attitude by Germany not to let itself become boxed into “myopic” games in Europe.

A rather limited view was manifested in a speech which was given beginning of July in Bonn by General Klaus Naumann, which the author listened to. The subject of the speech was to analyze the security challenges for Europe. The speech which quite accurately described the various new security challenges around the globe, was however quite myopic in respect to the Ukraine and Russia. The General insisted that the West must teach Russia a lesson. Russia, he said, was ignoring its “partnership” with the EU and with the annexation of the Crimean Peninsula it was arrogantly trampling on former strategic agreements with the West. It “erroneously” thinks that it is the Number two Power in the world, Naumann said. He underlined that Moscow was even ready to swallow the loss of more than 100 Billion Dollar financial losses as result of sanctions and it prefers “to have the west rather as enemy than as partner” since this props up the domestic Russian situation. At the same time he pointed out that Russia is “reorienting itself toward Asia” and changes its dependence by diversification, while it plays at the same time on existing differences in Europe and intends to increase Germany’s dependence on Russia. Russia would like to create a “buffer zone” which is spans from Odessa, to the Caspian Sea, Moldavia and White Russia. Hence the importance of the South stream oil and gas pipeline from a Russian point of view.

Given that the US is tired of war and orients toward Asia, Europa needs a “wake up call” and must adopt a culture of being a protector of human rights on a global scale. Only by pressuring Russia, so was the thesis of Naumann, can we hope that one day Russia returns to the partnership with the EU.

The global arc of crisis

More sober was Naumann’s evaluation about the other global crisis spots. The General spoke of a southern “Arc of Crisis” ranging from Morocco to the Mideast- an arc of crisis “which is today in flames” and which will last for decades.

What the world is facing today in this region and elsewhere, Naumann emphasized is “an epochal change” the characteristic of it being that once flourishing states in the Mideast are today totally disintegrating. The General qualified the so called “Arabellion” as an utter failure – having led to a situation where the entire region is in shambles. Tunisia once being hailed for its modern state and citizenry today faces 40% unemployment, mostly young people, while Iraq as well as Syria are falling apart.160.000 people have died during the last two years’ war in Syria – 1 Million people are refugees and 4 Million Syrians have lost their homes. Due to the systematic interference into the Syrian conflict by Saudi Arabia and Qatar, according to Naumann, today the Jihad has become the strongest power in the region. Syria is splitting into pieces, an Alawite, Kurdish and ISIS dominated Syria and this crisis is going to spread further to Lebanon and Jordania, followed by “proxy wars” between on the one side Saudi Arabia/ Qatar and on the other side Iran on the other.

If need be, we must cooperate with the Assad regime and Iran, General Naumann said, as well as with Russia which has demonstrated its influence in respect to the Syrian chemical weapons. The General pointed to the enormous “loss of credibility” of the US in the Syrian crisis warning as well that if the Iran nuclear talks in Vienna failed it would be difficult to contain Israel and Pakistan – which is in turn is not in the security interest of Europe. Hence Europe needs Iran as a factor of stabilization in the Arab world.

Naumann in respect to Afghanistan did not exclude a renewed revival of the Great Game caused by what he qualified as a premature Afghanistan troop withdrawal by the US leading to a situation where the “Great Game” will restart in the region, including players such as India/ Pakistan and the Muslims of Southern Russia.

Another major crisis spot is Far East Asia- in respect to which the General did not exclude the possibility of the repeat of a World War I (1914) scenario in the Chinese Sea: here, as the speaker underlined, many different interests are colliding, involving among others China, Malaysia and Japan. China is being envied by many powers and surrounded by resentment while the regional powers are looking for protection under the US umbrella. At the same time the General emphasized the need that Europe does not leave Asia to the USA, which basically means that Europe must defend self-consciously its own economic and commercial interests in respect to China and the entire region.

Another future challenge was identified by what Naumann qualified as “future migration waves” (as result of the numerous regional wars) and lack of water resources followed by another major detonator -the demographic decline in Europe, which includes Russia: This could lead to a migration wave in the dimension of up to 200 Mio people. Naumann spoke of the possibility that Russia may one day have to face an added population of 100 Mio Muslims. The only solution which the General offered in response to this dark scenario was to underline that Europe must stick to the US since it’s the only global power on earth while Europe must become conscious of the culture of the “responsibility to protect”.