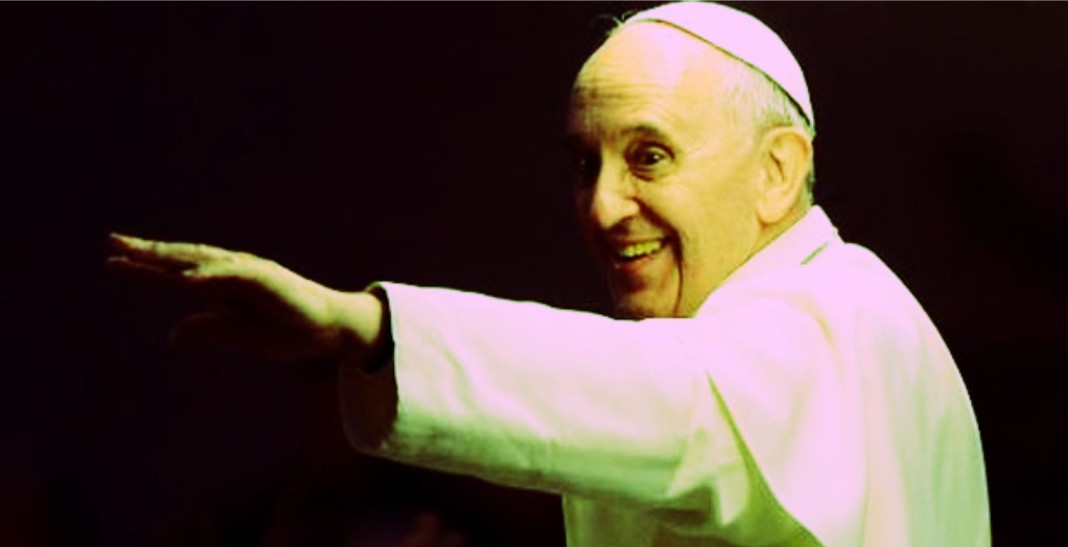 In a beautiful interview conducted with the Italian newspaper “Il Messaggero” (July 2nd) Pope Francis when asked which values should be the guiding principles in today’s “public affairs”, made clear that the most important guiding principle in public affairs is the “protection of the common good”. This, he said, “is the vocation of every politician. It is an ample concept that includes for instance the protection of human life and its dignity. Paul VI used to say that the mission of politics is one of the highest forms of charity.” According to Pope Francis the problems of politics worldwide is that it “has been devalued, ruined by corruption, by the phenomena of bribery.” He referred to a document written by the French bishops 15 years ago about the subject of “rehabilitating politics” in which they demanded that if “service” isn’t foundation (of politics) it’s not even possible to understand what politics is. Corruption in politics was qualified by the Pope as “a worldwide phenomenon. There are heads of state in prison for this. I have wondered a lot about it and I have come to the conclusion that so many evils grow especially during epochal changes.” He located the source for such “moral decadence – not only in politics but in financial and social life – in the profound change of culture.”

Politics instead could help families and give way out of the burdensome situation; it could help end the injustice under which many families are suffering. The same structures of injustice, as the pope underlined, have led to a situation where young girls prostitute themselves and are being used by real “pedophiles”. The Pope urged that today the message of the gospel must be brought to the young people and that in order to reach out to them “the church must go into the streets, seek people, go to homes, visit families, go to fringes. She must not be a Church which receives only, but which offers”. Also in respect to the declining birth rates in Italy and Spain he underlined that “much depends on the economic crisis and not only on a cultural drift marked by selfishness and hedonism. “I read a statistic the other day on spending criteria of populations worldwide. After food clothing and medicine, three necessary items, come cosmetics and spending for pets.”

The importance of Asia for the Church

A new horizon opening up in the Pope’s new evangelization drive will be his upcoming visit to Asia: In August (4-18), as he announced in the interview, he will visit Korea “to meet Asian young people” followed in January by a visit to Sri Lanka and the Philippines. According to the Pope the “church in Asia holds great a promise; it has behind it a most beautiful history. For two centuries it had no priests and Catholicism progressed thanks to its laity.” A particular challenge for his pontificate as the Pope also hints at in the interview, is China, he speaks about China as a “great cultural challenge”, referring in particular to the example of the first famous evangelizer in China, Jesuit Father Matteo Ricci (1552-1610) “who did do much Good.” The successor to Tarcisio Bertone, State Secretary Pietro Parolin, has a special connection to China and was during the period of 2002 -2009 responsible for improving relations between the Vatican and China.

During the interview in answering the question “where the Church of Bergoglio is heading to”, the Pope answered: “I follow what the Cardinals have requested during the General Congregation before the Conclave. I go in that direction .The council of eight Cardinals, an external body, was born from that. It was requested to help reform the Curia.”

German Vatican Journalist Andreas Englisch in a book published end of 2013 under the title: Pope Francis. Sign of Hope. From the heritage of Pope Benedict XVI to the revolution in the Vatican some light is shed on the immense resistance which the new Pope as well as already his predecessor Pope Benedict XVI, had to face from the side of some of the 30 Curia Cardinals, in particular by some leading members in the Vatican state secretariat. Most of the Curia Cardinals, as the author reported, wanted to make sure after Benedict XVI’ resignation, that Cardinal Bergoglio from Argentina would under no circumstance be elected Pope by the Conclave. The book also underlines how much the “Vatileaks” shook the World and the Church when the Pope’s butler Paolo Gabriele made public secret documents which brought to light some real corrupt structures within the Vatican Curia.

A key figure in protecting the systematic corruption and debts from banking institutions such as IOR within the Church is identified by the author as Cardinal Tarcisio Bertone, the State Secretary who almost like in a spider network surrounded the previous pope Benedict XVI, withholding key information about scandals and corrupt structures within the church. Pope Benedict XVI in 2012 had himself spoken about the “weeds and foul fishes” within the church. When the Vatileak scandal erupted Pope Benedict XVI nominated a special inquiry commission headed by the three Cardinals Julian Herranz Casado (from Spain), Slovak Cardinal Tomko and Cardinal Salvatore de Giorgio from Palermo who compiled a 300 Page document that was presented end of February 2013. As consequence of Vatileaks, Gabriele was put into prison for 8 months and then pardoned by Pope Benedict XVI.

The author Andreas Englisch calls Pope Francis a true “revolutionary”. With his election in the conclave Cardinal Bergoglio, who is deeply rooted in the ideas of the social teachings of the Church and who chose the name of St Francis made clear that his new pontificate will be shaped in the spirit of St Francis. The pope reveals himself as truly “revolutionary” in particular in respect to his method with which he wants to eradicate the “unjust economic structures” that are creating inequality and extreme poverty. Examples for his programmatic approach are his speech at the Bishops’ Synod in Aparecida 2007 where he said: “Be merciful, protect the weak, the children, the sick, love people like God loved man, make peace and stop to long for justice…Instead construct a better world”.

Another example for how much this pope puts “charity” in the forefront of his Pontificate was his speech during the Rio Youth day Rio 28 July 2013. In addressing tens of thousands of young people he told them that they should become “the main actors of change. Work and continue to work to overcome apathy and find a Christian answer to social and political upheavals which are manifested in different parts of the world.. .. I ask you to become the architects of the world and to work for a better world. Don’t look at life from the balcony. Deploy and go into the world. Jesus did not remain on the balcony. He immersed himself into the life of people.”