A good temperature reading about the state of mind of the international elites was given at this year’s World Economic Forum that was organized under the somewhat grandiose theme: “The Fourth Revolution: what it means, how to respond”. Unlike previous years there were much less participants participating at the different panels.

What was striking this year in comparison to previous conferences was the self-conception manifested by those would be “Olympians” who pretended to “know” but only exhibited their “wishful thinking” and were groping in the dark. For example, in a conversation which US Defense Secretary Ash Carter had with Klaus Schwab, the leader of the WEF, the defense Secretary essentially called upon the people to follow and support the US and join the US role model. His mind map seemed to be similar to Metternich’s mind map who orchestrated the Vienna congress 1814-15 for organizing a “balance of power” concert in Europe after Napoleon’s defeat. In reality a lot of these “Olympians” in politics, business and academia are whistling in the dark, not knowing what is going to happen in the next months, neither in the field of the global economy where major financial shocks can’t be excluded, nor in the refugee crisis, nor in the Mideast. While the refugee crisis in Europe was a major subject at Davos, it became clear that the handling of this crisis may break apart Europe. In a panel “The future of Europe” with French PM Manuel Valls, PM Alexis Tsipras (Greece) Emma Marcegaglia (Italy), PM Mark Rutte ( Netherlands) and Finance Minister Wolfgang Schäuble, the German Finance Minister demanded as one essential countermeasure against mass migration from Syria, Libya et al. the implementation of a “Marshall plan” amounting to several billions of dollars, that should be invested in the countries of origin of mass migration (Africa and the Mideast).

The other remarkable thing to observe in Davos was that during an “Outlook for Russia” panel with ex- Finance Minister Alexei Kudrin, vice Prime Minister Yury Trutnev and Ambassador Wolfgang Ischinger (also chairman of the Munich Security Conference), Trutnev pointed out that despite the economic crisis in Russia efforts are underway for big investment programs in the Far East, and that more than 30 countries will participate in Vladivostok in autumn of this year at a conference to plan out these investment programs. What was however noteworthy was that political heavy weights from Russia were absent this year in Davos and that the Central Bank governor Elvira Nabiullina of Russia had to cancel her visit to Davos given the dramatic market turbulences of the ruble in connection with the decline of the oil price. Wolfgang Ischinger noted during this panel that the last four years were essentially “wasted years” and he highlighted his remarks with his observation, that there are two completely different “narratives”- from Russia on the one side and the Westerners from the other side – concerning the causes. Ischinger seemed to have to force himself to say that there has to be a different approach to all this now. 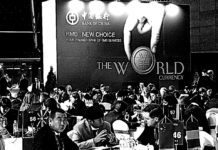 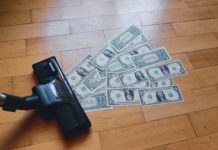