Home CORRISPONDENZE 25 Years after withdrawal of Soviet Armed Forces: How to improve German-Russian... 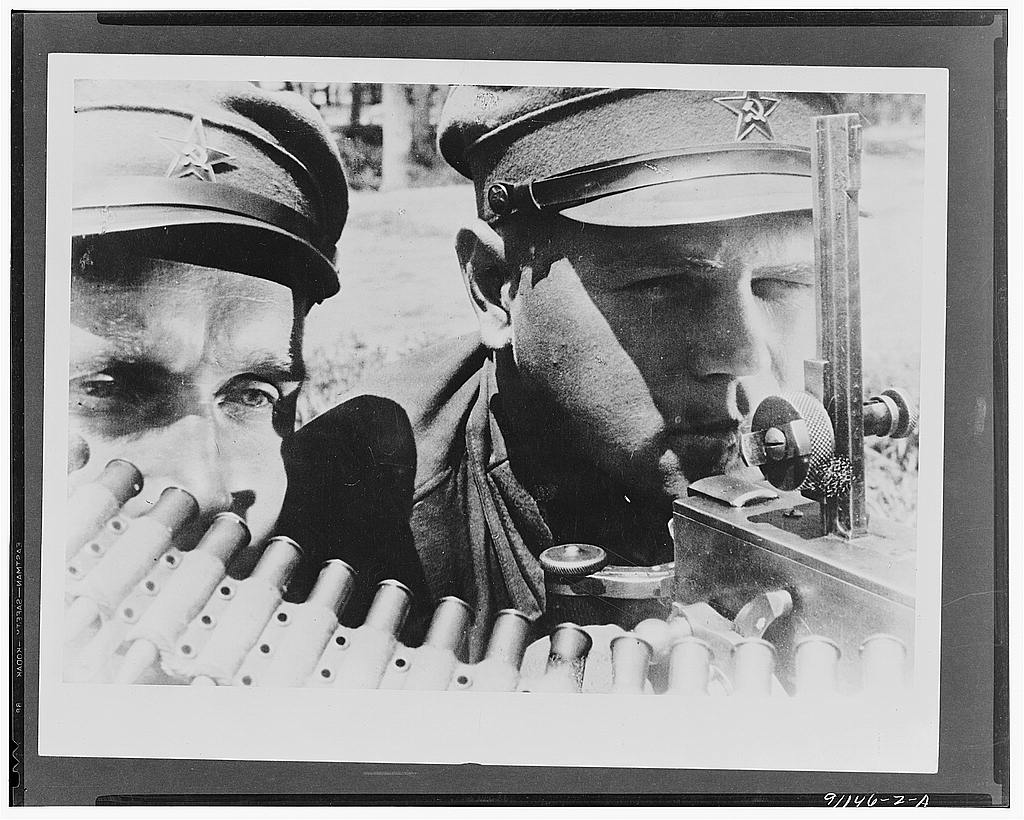 On September 10th  a conference “Perspectives for confidence  building- 25 years after the withdrawal of the Soviet Armed Forces (Western Group Troops),” took place in Berlin. The conference was organized by the “West- East meetings foundation” and the German-Atlantic Society in Berlin in order to commemorate the 25th anniversary of the “West-East meeting Foundation” as well as the withdrawal of Russian Troops from the former GDR  territory – in the aftermath of German reunification between October1990 and September1994. Among the speakers of the conference was the Ambassador of the Russian Federation in Berlin, Sergej Netschajev; Professor Horst Teltschik, former advisor to Chancellor Kohl and key player in preparing the way for German Reunification; the former Russian Chief Commander of the Soviet Western Group of the former Soviet Armed Forces, Colonel General Terentiev and the chairman of the “Europe Institute of the Russian Academy of Sciences,” Professor Alexander Gromyko.

Alexander Gromyko, the grandson of former Soviet Minister of Foreign Affairs, Dr. Andrej Gromyko as chairman of the Europe Institute of the Russian Academy of Sciences has in the past written interesting studies about Russia –EU relations. Professor Gromyko gave an interview to “Russland.NEWS” , in which he made reference to his grandfather  Andrej Gromyko. At the time when his grandfather was present as Soviet Foreign Minister at UN Security Council sessions, there were only 50 UN member states, Gromyko emphasized. Up to this day the UN has expanded into an organization with 193 UN member states. “Today the UN is a global, universal organization.” Unlike former times, “according to Gromyko, “Russia today is not perceived as adversary by Germany, Spain or Italy, Gromyko stated. While Japan never joined the 40 sanctions and measures against Russia, “China, India, Turkey, Mexico, Brazil- are all interested in close cooperation with Russia.” And according to a poll which was presented at the Munich Security Conference February 2019, the majority of the populations in Europe rather feels threatened by the US. “Our country was reintroduced into PACE (Parliamentary Assembly of the Council of Europe) and President Putin until mid- 2019 had dozens of meetings with EU State leaders.” Gromyko further underlined that” in June for the first time in history official negotiations began between the EU and the Eurasian Economic Union.”

Being asked about Trumps desire to reintegrate Russia into the G7, Gromyko stated that Russia does not aim for this. “Our political leadership believes that its future lies in the G20. The G7 consists of Western countries, yet Russia looks at the world more globally.” In respect to normalizing relations with the US, Gromyko stated, that “US foreign policy does not lead to results that will stabilize the situation in the world.” Both the US and Russia are leading military powers, from which many regions in the world depend. Trump understands that the anti- Russian hysteria brings China and Russia closer together. “The union of our country with China is not in the interest of the US, because according to estimates of the American establishment, China already has become a superpower and represents the biggest challenge for the US in the 21rst century.”

The strategy of Russian-Chinese cooperation, according to Gromyko, is “ based on long term strategic interests that takes into account what is going to matter for the country in 50 years from now, given the common Russian-Chinese border and that Russia’s approach is not connected to  a foreign policy of the US or the EU. “

Europe from Lisbon to Vladivostok- key vision for Europe

In respect to Russian- German relations and being asked about Macrons recent rapprochement towards Russia, Gromyko stated: “Germany has understood better than anybody else that a partnership with Russia is not only an advantage for Germany but also for the EU. This partnership is the correct way.” What happens now however in terms of German –Russian relations was characterized as an “anomaly.” “Merkel in less than three years will be out as chancellor and Germany is in a geopolitically very difficult situation. Many think that it is not capable to have an ‘autonomous foreign policy’.” Gromyko stated that the recent meeting between French President Macron and Russian President Putin (in Brégançon) has demonstrated that there are “many agreements between the two countries.”

Being asked about his concept of a “Greater Europe from Lisbon to Vladivostok,” he answered: “My institute is an institution that actively promotes this concept. We believe that the idea of a Europe from Lisbon to Vladivostok should not be pushed aside but that we must do everything to return to this guiding principle for Europe in the 21rst Century. Many people think that this idea should be cast aside. The same people believe that the Cold War is normal. But if one had thought the same way during Cold War, there never would have been a Helsinki- Process.” He advised to carefully look at the quotes made by President Putin and President Macron during their recent summit in Brégançon. “You can see that both want to realize the idea of a Europe from Lisbon to Vladivostok. This time Putin stated that Russia wanted to move in this direction. Indeed Russia and the EU for many years have called each other ‘strategic partners’. And this security space is not yet destroyed but waits for the right moment to come.”

“How can confidence and cooperation become possible again?” Gromyko asked in his address at the Berlin conference. “What seemed today impossible, could become reality tomorrow”, he stated in order to give a cautiously optimistic description of German- Russian relations. Gromyko emphasized that it was important to know and understand the history of both countries in order to find solutions for the problems which both countries are facing at present. He referred to the painful experiences which his family had experienced with German soldiers since 1918. For his grandfather Dr. Andrej Gromyko it had been clear, that wars between peoples only mean disaster. From Gromyko’s point of view relations between Russia and the West are “slowly normalizing” again. Yet he also warned that one should not value the relations with the Baltic States as more important than with Russia.

25 years after withdrawal of Soviet troops from Germany

The background for debate at the Berlin conference was the 25th anniversary of the “West- East meeting Foundation” that came into being 25 years ago in the context of the historical withdrawal of the Soviet Troops from former GDR territory, according to Zlatko Percinic from the German online news service RT. It was an immense logistical endeavor involving 380.000 troops that were given farewell on the 9th September 1994, at that time under the command of Chief of staff of the Western group of the Soviet Armed Forces in Germany, General Lieutenant Anton Terentjev, who brought his troops home from Berlin airport Schönefeld. This logistical task involved the dislocation of 380.000 soldiers, 180.000 family members and civilian employees, including equipment and technical devices, as  well as 600.000 tons of munition. It was an unprecedented military- logistical operation which became “symbol” for the confidence building and cooperation between Germany and Russia at that time.

25 years later focus was put on this unique historical period and the impulse which this withdrawal gave for developing confidence and dialogue in order to lay the basis for security and peace in Europe. What had laid the basis for this process was the “Treaty of good neighbourhood, partnership and cooperation between Germany and Russia,” which was concluded on 12th  October 1990, creating the basis for the withdrawal of the Western group WGT of the Soviet Armed Forces, that  ended on the 3rd September 1994.

During that period the search for confidence building measures and cooperation between Bonn and Moscow was the key guideline. Professor Dr. H. Teltschik, former advisor to Chancellor Kohl who was a key negotiator for credits given to the S.U. after the  famous Caucasus meeting (July1990) had taken place between former Soviet General Secretary Gorbachev and Former German Chancellor Helmut Kohl, reported at the conference about the “mental state” which laid the basis for creating such confidence.  At a time, when the bipolar world dissolved and the Cold War ended, neither side of the two superpowers tried to show off as winner, Teltschik remarked. The US government under H.W. Bush and Foreign Minister Baker avoided looking at Russians as “inferior” and losers. With the “Great Treaty from the 9th of November 1990 – this state of mind became institutionalized.”

Russian Colonel General Anton Terentjev, former chief commander of the WGT Troops, reminded the audience that the withdrawal of the soviet soldiers was “a gesture of hope for a better future.” Unfortunately this hope wasn’t accomplished nor the desire for a more stable Europe. He reminded that Russia twice in its history – in 1871 and in 1990- had helped to make German Unity possible, but that never a long- term partnership derived from it.

Dr. Gernot Erler, former German government commissioner for Russia (2014-18), outlined that Russia had most of the time had “reacted” to western actions and decisions. During the last two decades this led to a serious “alienation” between the two states, which regrettably provoked the Ukraine conflict in 2014. Erler warned of the unprecedented escalating arms race, which has taken place in the last years.  At the same time he expressed “cautious hope” that the Ukraine conflict could be solved in the long run. Principally a long term dialogue is necessary which could lead to a conference process like Helsinki II. “Common security can only be reached on the basis of confidence and cooperation.”