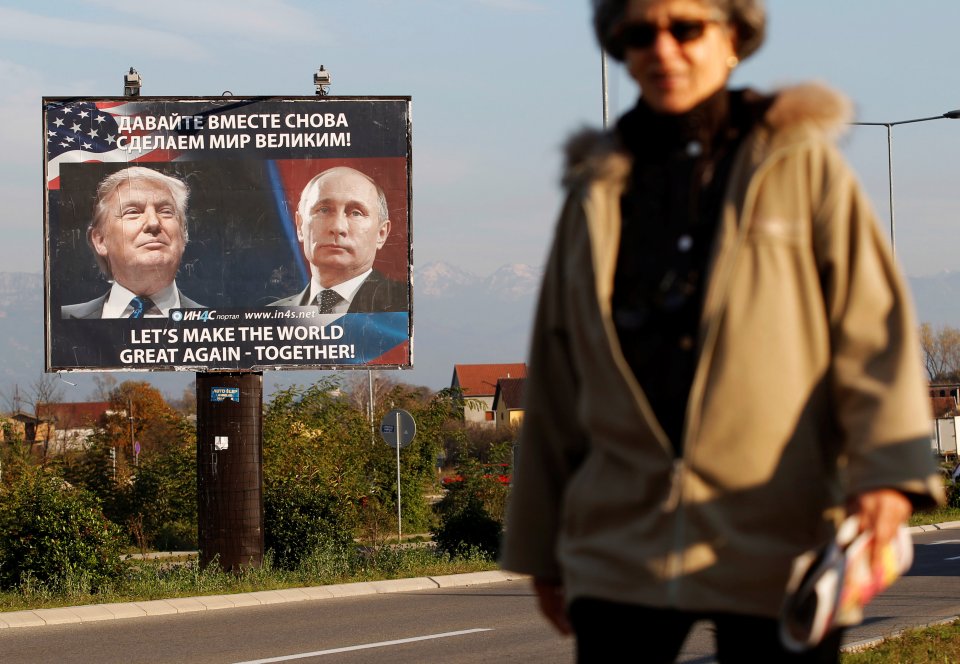 In the days before the inauguration of the 45th President of the United States, Donald Trump, the world is in deep turmoil. This becomes particularly evident in Europe, whose political elite in reaction to the American presidential results, is eagerly looking for solutions that could pave the way for a New World Order.

Rarely have there been so many comments and seminars given by experts from the strategic community whose evaluation is that the world is heading for a crisis. Their view is conditioned by the unpredictable situation in the US under the new President Trump and by Russia, which – if we follow the media perception –  is perceived as becoming more autocratic under President Putin. Many observers ask whether with the “collapse of longstanding certainties” of the post war order and the the global reorientation after 1989, Europe will succeed in drawing the lessons from the last 25 years, and to actively discuss about the parameters of a new value-based order.

In his New Year’s speech before the Diplomatic Corps (9.1.17.) Pope Francis spoke about “security and peace.”  Reviewing the past 100 years of history, he pointed to some obvious discrepancies: Given that many parts of the world have benefited from lengthy periods of peace, which have favoured opportunities for economic development and unprecedented prosperity, the Pope emphasized that “for many people today peace appears as a blessing to be taken for granted while for too many others peace remains a distant dream.” “Millions of people still have to live through senseless conflicts.” Peace and justice are intimately linked, according to the pope and therefore peace-making demands that “those causes of discord which led to wars, be rooted out.”

A lot of attention was given to the subject of migration, which,  as Francis stated,  is not an issue that can leave some countries indifferent, while others are left with the burden of humanitarian assistance.  “So I am grateful to the many countries which offer a generous welcome to those in need,  beginning with various European nations, particularly Italy, Germany, Greece and Sweden”, the Pope said. “Nor should be overlooked the welcome offered by other countries of Europe and the Middle East, such as Lebanon, Jordan and Turkey, as well as the commitment of various African and Asian countries.” Pope Francis spoke about the need for “peace dialogue;” especially with regard to Syria, Palestine and Israel. In respect to Ukraine he expressed hope that viable solutions will continue to be pursued with determination in order to fulfil the commitments undertaken by the parties involved and above all, that a prompt response will be given to the humanitarian situation.

Europe is experiencing a decisive moment in its history, one in which it is called to “rediscover its proper identity”, the Pope stated: “This requires recovering its roots in order to shape its future. In response to currents of divisiveness, it is all the more urgent to update ‘the idea of Europe’ so as to give birth to a new humanism based on the capacity to integrate, dialogue and generate what made the ‘Old Continent’ great.”

He underlined that “the process of European unification begun after the Second World War continues to be a unique opportunity for stability, peace and solidarity between peoples. On this occasion, I can only reaffirm the interest and concern of the Holy See for Europe and its future, conscious that the values that were the inspiration and basis of that project, which this year celebrates its sixtieth anniversary, are values common to the entire continent and transcend the borders of the European Union itself.”

The most urgent tasks

the former adviser of Chancellor Helmut Kohl and chairman of the Munich Security Conference (1999-2008),  Dr. Horst Teltschik, expressed his concern about the present geostrategic situation. He stated that with the year 2017 a new era is beginning, in which all certainties with which policies had been developed over the past decades, could come to an end. In light of the newly emerging conflicts and crisis, he warned about the lack of strategic cooperation and pointed to the strategically “missed opportunities” during the past 25 years: “For more than a quarter of a century, we have known that after the end of the bipolar world system, a new world order should be created.”

But historical opportunities that were evident since 1989 have not been used in the necessary way, according to Teltschik. These included the enlargement of the European Union and the Atlantic Alliance to 28 Member States. These two communities were not organized to become viable institutions. Instead of being perceived by the neighbouring regions, in particular by Russia, as a new threat, they should have been conceived as a common chance for a comprehensive European peace order, the author emphasized. “The Paris Charter for a New Europe, signed by all the CSCE member states in November 1990, was supposed to create the basis for this. The Russian Presidents Yeltsin and Putin were initially even prepared to think about some kind of Russian membership in NATO.”

The reality is, however, that instead of cooperation, “mutual sanctions” are determining today’s relations – a consequence of Russia’s aggressive policy against Ukraine and its intervention in the American election campaign. From Putin’s point of view and according to Putin’s self-understanding, Putin “defends the interests of Russia in the same way in which the US and its allies acted in the Balkan war, in Iraq, Afghanistan or Libya, or the CIA in the colourful revolutions in Georgia, Moscow or on the Maidan”, the author emphasized.  And while the US has blocked for many years solutions for Syria, linking this to the demand that first Bashar al Assad resignd, “Putin has acted” and “ it would be an irony of history if he were to succeed in reaching a far-reaching pacification of Syria in cooperation with the NATO member Turkey, without the US and the Europeans.”

Teltschik sees the danger of an “erosion of the EU, which is accelerated by the rise of populist movements in Europe and authoritarian governments in Eastern Europe, while at the  same time the French-German cooperation is slowing down, and Italy and the Benelux countries  are losing themselves in internal bickering.

The future of Europe

The author put a lot of emphasis on the question concerning of the future of Europe and therefore the core question is: what Europe do we want?  In the midst of a worsening Euro crisis, great powers such as India, China, Russia and the USA are beginning to redefine their political, economic and security policy perspectives while “Europe is falling out as a team-mate.” The problem is that no country in Europe has the potential to take on an equal role, neither Germany nor France or England, although England may dream of resolving the problems that Europe faces.

A key aspect in the commentary is the urge for a cultural and spiritual concept which a future Europe should be based upon. Hence in view of the “de-Christianization of Europe”, Teltschik underlined that a strong intellectual and spiritual response should to be given to Islam. This is only possible on the basis of a “common value system” which should be seen as a common property that should be “exercised”, “educated” and “practiced.”  And only in this way it is possible to pave the way for cooperation in the future.

The author expressed some concern about the future U.S. President Trump, whose light-hearted speeches about the use of nuclear weapons, NATO, and his ignorant approach on China or Israel, give a “pre-taste about potential new conflicts and crises” emerging in the future. This leaves an open question: “Who in such a situation would respond in Europe? Can and will there be an answer from Europe? Should there not be a common EU response? But who would take the initiative and give direction?”