As Russian foreign policy expert Andrey Sushentsov noted in his article “Valdai signals” (Valdai Website), “the Valdai International Discussion Club is becoming the main security and policy forum in Eurasia.” Other Valdai website commentators reported about the discussion which took place at the various panels, including subjects like “ the Limits of Governability or Systemic Failure ” , as well as a panel on “Cooperation vs Competition in Interdependence” where the majority of the participants agreed that the Western countries’ sanctions against Russia would “boomerang” back on the them. “The participants also discussed the hidden dangers of globalization and the Monroe Doctrine.”

A special session was held about the crisis in the Mideast, Israeli- Palestine conflict, Iran’s nuclear program and the role of the western powers in the region. Most of the experts agreed that Mideast is and will remain the biggest international problem.

The conference concluded with a final panel with Russian President Putin, sitting on the panel aside former French Prime Minister Dominique de Villepin and former Austrian Chancellor Schüssel. Putin’s speech contained a harsh criticism against the “unipolar” behavior of the U.S. At the same time he called for constructive dialogue and development projects between Russia and the West. It is interesting to note that the western mainstream media blocked the Presidential speech almost entirely from the public. If they reported about it, it was noted like a footnote or commented with contempt.

The unipolar world is a means of justifying dictatorship

In his speech Russian President Vladimir Putin pointed to the “inconsistency in U.S foreign policy”, which at the end of the Cold War “declared itself winner of the Cold war. Instead of establishing a new balance of power, essential for maintaining order and stability, they took steps that threw the system into sharp and deep imbalance.”

He emphasized that around the globe we are seeing an “escalation of conflicts” and that in many of these conflicts “the very notion of ‘national sovereignty’ has become a “relative value for most countries.” Regimes around the globe are forced to submit or experience “use of force against them, economic and propaganda pressure, meddling in internal affairs, while inconvenient regimes are being toppled.” A real threat to the global peace order is, according to Putin the behavior of the U.S. which wants to demonstrate to the world that the world is under one unipolar dictate and has to obey its rules. “Essentially the unipolar world is simply a means of justifying dictatorship over people and countries. (…)Instead of settling conflicts, it leads to their escalation, instead of sovereign and stable states we see the growing spread of chaos and instead of democracy there is support for a very dubious public ranging from open neo- fascists to Islamic radicals.”

The President pointed out that there are new efforts “to fragment the world , draw new dividing lines, put together coalitions not built for something but directed against someone, anyone, create the image of an enemy as was the case during the cold war years, and obtain the rights to this leadership, or diktat if you wish. In other word the U.S. wants to guarantee its exceptional position and reap the political and economic dividends.”

The President contrasted these remarks by focusing attention on the importance of a “multipolar world” which brings nations together: “Joint economic projects and mutual investment objectively bring countries closer together and help to smooth out current problems in relation between states”, he said.

He called for the building of “a new global consensus” among responsible forces and a new “interdependence” – based on the obligations which were agreed upon in the Helsinki Act 1975. The Helsinki agreements which were agreed upon 40 years ago by nations from East and West reaffirmed the principle of indivisible security of the Euro-Atlantic region. “If we do not create a system of mutual commitments and agreements, if we do not build the mechanisms for managing and resolving crisis situations, the symptoms for global anarchy will inevitably grow.”

The president spoke about the need to apply multilateral mechanisms and as part of improving the effectiveness of international law, the dilemma must be solved between the actions by the international community to ensure security and human rights and the principle of national sovereignty and non- interference in the internal affairs of any state. Therefore “international relations must be based on international law, which itself should rest on moral principles such as justice and truth.” Concretely this would mean to give international organization such as the OSCE and UN more weight and hence what is needed is “a new version of interdependence.” In respect to the Ukraine he suggested that there should be a concrete dialogue between the Eurasian and European Union and that Russia is “working actively with our colleagues in the Eurasian Economic Union, the Shanghai Cooperation organization, BRICS and other partners. This agenda is aimed at developing ties between governments.”

The speech by Russia’s President was positively reflected upon by both former Austrian Chancellor Schüssel as well as former French Prime Minister de Villepin. Both politicians stressed the need to restore confidence with Russia and underlined that we are living in a “multipolar” world where no country can dictate everything, a world in which Russia plays an important part. Former French Prime Minister de Villepin, a Gaullist, qualified the actual situation as “a broken world in which the rules are broken down.” He urged that rules such as those inscribed in the UN and Helsinki Charter are essential for a functioning world.

“Twenty years of unilateralism have on the one side created frustrations and impressions of marginalization in the Mideast as well as in Russia. Feeling of humiliation finally is the result of the fragility of nation states in globalization”. Being a Gaullist he urged that the only one way out of this accumulation of crisis, is respect of one another and of international law, taking into account the interest of all sides. And that there must be consideration for the equal dignity of all people and of all nation states. “For me the dignity of nations, their memory, and their identity is the key to mankind’s history. He told the audience that at present the world needs Russia. “How could we find solutions on the Mideast, reaching an agreement with Iran without Russia? But Russia also needs the world, in particular for its economic recovery and industrial diversification. I am a European of conviction and I know Europe and Russia have a common destiny and a common future.” 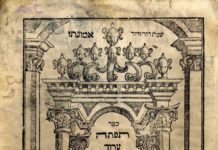 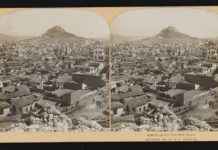