Update, after the elections. What we wrote below, May 5, 2016, was evidently off the mark. Even if the predominant part of the US Establishment did what it could to prevent Trump from winning, he prevailed and won the elections. Forecasts and analysis are influenced by the vewpoint and desires of the one who expresses them (an exception being film director Michael Moore, who predicted Trump’s victory even if he was not in favour of it). The fact that the wide majority of the mass-media and analysts believed that Trump should be defeated, shows that there is a wide discrepancy between the élites and the feeling  of the people. Trump has many point in common with Berlusconi, except that when this one won in 1994, he was fully supported by the ruling Italian élite. Usually situations of strong discrepancies between the élites and the peoples, are prodrome to social crisis and destabilizations: we shall see what will result of this unexpected situation in the USA. Of course now, more than the Republican Party, it will be the Democratic Party electors, who will have to reconsider their position, and especially whether it made sense to have Mrs. Clinton, rather than Bernie Sanders as their front runner.

Alarm! Donald Trump has won the Republican primaries! He’ll be the Republican candidate for the Presidency! People world-wide are on the alert. Populism has landed on the shores of the East Coast, has crossed the Rio Grande and grips the core of the States! Trump’s Presidency will strengthen the arm of all dictatorships in the world (as the Washington Post editorializes may 5th, 2016). But wait a minute: think about it… Yes, Trump is the official Republican candidate. But everybody knows he will never win the Presidency.

It was he himself that compared his assault on Washington with Berlusconi’s success in Italy. But there are differences. When may 4th Trump won in Indiana and Ted Cruz retired, the Republican Party had already prepared itself: the State and local candidates will be supported in November 2016, Trump will be let hang out to dry. Sure, he will lead his populist campaign, promising that in 8 years he will smash the Federal debt to zero and restore all the jobs that were lost, and more… What he says, after all is not quite different from the damagogic statements that brought Berlusconi to govern in Rome, in-and-out, more or less during 20 years.

Berlusconi won first in 1994, promising one million new working places in a matter of months: magic! But it worked – in the sense that he won the elections. And kept promising, over and over, amazing solutions to any and all the problems, and people kept voting for him even if no one of his promises came true. Until the Italian political system, in 2011, under pressure from Germany and thanks to then President Giorgio Napolitano, let Berlusconi go. When that decision was made, in a matter of months Berlusconi was out of power and condemned in court. He now keeps hoovering like a ghost over a political world that more or less ignores him, while others, even more populist than he is, keep coming up here and there in what is considered the conservative side of the Italian political spectrum.

Rightly Trump compared himself to Berlusconi: except that Trump’s parabola might be much faster. After the Presidential elections will be over, and the Democratic candidate will have been elected, Trump will try to capitalize on his political support, but the Republican party will have at least a couple of years to re-think about its own structure and its policies.

And here is the issue: it was the party of Abraham Lincoln, the major pillar of US democracy. It became the party of the Bush-es, the pit of stupidity, superficiality, sheer destructiveness – and even ran the risk of having a third Bush, had Turmp not emerged with all his populist strength from the outset of the Republican primaries. Because otherwise, it would have been three Bush-es at the top of US politics, one after the other, as in those happy Republics like North Korea, or Syria, where dictators pompously called “presidents” pass their reign over to their scions. Or in a party that is treated as a family business, like the Front National in France, that to all practical effects is owned by the Le Pen family.

In that regard, Trump helped preventing the Republican party to slide even more down the slippery and dangerous slide that the Bush-es had prepared. Because, yes, Nixon had a lot of defects but, after all, his Presidency undertook several steps that have been quite important for contemporary history. First of all, it paved the way to take the USA out of Vietnam, the most disastrous enterprise ever undertaken before the Bush-es era. The Vietnam war was, unfortunately, to a large degree not only the posthumous combined effect of the French imperialism and of the Korean war, but was also the consequence of the mistakes in Cold War strategy, made by the Democratic presidencies of JF Kennedy and LB Johnson. Secondly, Nixon opened up the relations with Communist China. That single step, which came into being through Kissinger’s secret diplomacy which bore fruit in what is known as the 1971 ping-pong diplomacy, was primarily the brainchild of Nixon. And it was that single step that largely contribuited: 1) to isolate the Soviet imperialism and ultimately to defeat it, and 2) to lay the ground for the development of China’s economy, with all the consequences it is having, and it will have world-wide.

But then here came the Bush-es. Bush nr 1 was the CIA chief in the mid-Seventies. One tends to suppose that in order to reach that position one should have some brain: it is called “intelligence”, from the Latin “intelligere” (or,“intus legere”, meaning “to read into” something, i.e. to be able to understand the ins and outs of objects and developments). Yet Bush nr 1, as his greatest accomplishment, bestowed upon the world what was called “Desert Storm”. It was the beginning of the Islamic war, the root of Isalmic terrorism, the beginning of the destruction of Iraq as a State and as a Nation. The beginning of the assassination of hundreds of thousand of persons in Iraq – and of thousands of American soldiers. The opening of a renewed flood of military expenses, that augmented the US federal deficit while strengthening the military-industrial complex (that after the Vietnam war and after the end of the Cold War was in difficulty).

That military industrial complex that Eisenhower had warned against, and that came to be identified with the Bush-es. Not satisfied with the enterprise of Bush nr 1 and his Desert Storm, and thanks to the growing support of a blossoming military-industrial complex, after Clinton, here came Bush nr 2 in the year 2000. And the parody of Desert Storm, with the crushing of the Saddam Hussein regime in 2003, based on the emotional response (isn’t that also populism?) to the Set. 11 terrorist attak and on the biggest lie ever imposed upon the United Nations based on the sheer and openly false information, that Iraq had acquired from Niger a big amount of uranium, apt for building a nuclear bomb. Everybody knew it was a lie, but people accepted it and the 2003 war in Iraq was waged: it was a scapegoat, an attempt to show muscles after the terrorists attak of Sept. 11, 2001. But first and foremost, combined with Desert Storm, was the biggest and most destructive and senseless operation ever undertaken in the world after Hitler was defeated (at least the Vietnam war had the rationale of being part of the Cold War).

The terrorism of Al Qaeda emerged out of the combination of the Russian war in Afghanistan and of the first US war against Iraq. ISIS emerged out of the second war in Iraq (on the basis of the disbanded Iraqi army that was not properly reorganized after the US invaded that country in 2003), besides being a consequence of the internal Syrian troubles. Had not been for the Bush-es, Islamic fanatics could have limited themselves to turn their rage against the Soviet empire. Thanks to the Bush-es, Islamic terrorism is raging throughout the Middle East, northern Africa and here and there in Europe. And the Middle East and Northern Africa destabilization is pushing masses of refugees into Europe with destabilizing effects on the European Union… Great accomplishments of great intelligencies.

And after having been for so long the party of the Bush-es, now the Republican Party, like a virgin, looks at that ridiculous blown-up imitation of Berlusconi as at a disease it has to fight at all costs?

Let’s face it: Trump has been a blessing for the Republican party. Trump is giving the Republicans an opportunity to recover from the Bush-es era, to disengage at least a bit from the military industrial complex and get back to the roots of what politics is: not representing economic interests, but representing the interest of the persons, even when people themselves are not capable of undestanding where does their interest lay.

Pope John Paul II had warned against the war in Iraq: warned the nations of the world, and especially Bush nr 1, who wanted that war… But of course Bush nr 1 did not listen: how could he, with all his intelligence?

At the Presidential elections in November 2016, several people in the Republican party will vote against Trump. It will be a moment of resilience: they will have the chance to re-found the party.

Since they have been so much shocked by Trump’s populism, they will have the chance to look back at the other populism that the Bush-es had introduced into the party: that of warmongering, and of worshpping the golden calf of the Friedmanite Chicago Boys. 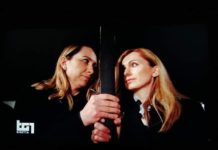