“They don’t speak English. They don’t integrate well.” This is how John Kelly, Donald Trump’s Chief of Staff, described his reasons for the need to block Mexican immigrants from coming into the US. Kelly’s great-grand parents came from Ireland but on his mother’s side they hailed from Avellino, Italy. Little is known about their linguistic abilities, yet  research by Jennifer Mendelsohn at the Washington Post reveals that his great-grand mother knew no English after 30 years of living  in the US.

Why don’t people learn English? After all, isn’t it as easy as one, two, three?

In reality, learning a language may be easy for some people but a number of obstacles may make it difficult if not impossible for others. The first one is age. Although immigrant kids will learn English like natives, as “Dreamers” (undocumented immigrants who were brought to the US as children) have done, those who come as adults will learn enough to get by. Some may never learn English because of low educational background and weak knowledge of their own language. It’s very difficult to learn a new language if you don’t know your own very well. My parents, and quite likely Kelly’s great-grand mother, faced the challenges of age as well as limited education.

The immigrants’ native language may make it easier or more difficult to learn English. Speakers of European languages with a high degree of education in their own language usually learn English well. Yet, if they came to the US as adults, they will always retain a foreign accent. Arnold Schwarzenegger, Arianna Huffington,  Henry Kissinger, Melania Trump will bring their accent to their grave since English pronunciation is very challenging.

Educated immigrants speaking a non-European language will also learn English but will have a hard time. It might take twice as long for an immigrant from China to learn English as compared to one from France. While English and Chinese have little in common, French and English share a number of linguistic features, which simplify learning the new language.

Typically, gender  also affects one’s learning ability. Immigrant women, who have a tendency to stay home and care for kids, are less likely to learn than men who go to work and inevitably have more interactions with Americans.

One challenge shared by virtually all immigrants in learning English is time. Immigrants come to the US primarily for economic reasons. Thus they work long hours. It’s difficult to attend night classes after having worked hard the entire day although many in fact do it.

Anyone who thinks learning a language is easy should talk with Americans who have lived overseas for many years. Most of them learn little or no foreign language. Just like it is difficult for Americans to learn other languages, it is also difficult for immigrants to learn English in part because of the particular intricacies of the language. Ultimately, though, immigrants learn enough English to make it in America, providing the necessary base for their kids and grandkids to integrate fully and live the American dream.

Kelly’s ancestors, knowing English or not, integrated into American society, enabling him to reach the highest leadership positions. Yet his lack of knowledge in some subjects and our own history makes you wonder about his judgement in dealing with immigration issues. We know very well about Donald Trump’s attacks on immigrants, labeling some as coming from “s…hole countries” and  others as “animals.” Kelly is much less strident and in fact he has reportedly given his boss a very low grade, labeling him “an idiot” for not understanding how DACA works. Sadly, Kelly does not do that much better. His comments about immigrants not  speaking English and therefore  unable to integrate are not as extreme as his boss’ characterizations of immigrants, but he still gets a failing grade.

Both Trump and Kelly’s views on immigration reflect not just a misunderstanding of history but also include a rejection of America, a land of immigrants. Trump and Kelly will eventually be gone, becoming only an unfortunate footnote in American history. America will survive them and continue to grow thanks to the steady contributions of newcomers. When immigrants will stop coming in, America’s decline will have begun. 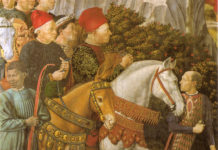