Home CORRISPONDENZE Where Are the Balkans Heading, or When the Head and the Heart...

On September 28, 2018, I participated at a session of the Valdai Discussion Club in Moscow, where a report “Where are the Balkans heading? A new cooperation paradigm for Russia” was discussed.

One of co-authors of the report Dejan Novaković, Co-President of the Adriatic Council, addressed the audience rather emotionally by means of video conference. Other co-authors Alexander Pivovarenko, Researcher at the RAS Institute of Slavonic Studies, and Ekaterina Entina, Associate Professor at the Higher School of Economics, briefly presented highlights of their study.

The Russian speakers made the following conclusions: “In the foreign policy of all Balkan states, the Euro-Atlantic vector is dominant, but economic and political supremacy of the West in the region over the past 20 years has not brought the expected results in terms of transformation and development. Thus, new actors like China, Turkey and Arab countries play an increasingly significant role here”.

“In a number of countries, first of all, Serbia, there is still a request for Russian presence, but it remains largely symbolic, so the ability of Moscow to influence the regional situation is very limited”[1].

The text of report and the presentations, especially that of  Ekaterina Entina, were highly professional and offered a fresh, though a bit controversial, geopolitical approach to the Balkan issues and modes of Russia’s involvement in the process.

I should make special mention of a very qualified and detailed analysis, which reminded me of the analysis that might be produced by an anatomopathologist, especially of key actors (the USA, the EU, China, Turkey, some Arab states) which are present in the region. And also, it should be noted, a scrupulous account of existing Russian projects and initiatives in the Balkans. The speakers proposed pragmatic  and comprehensive means of curing the really ill Russian-Balkan relations.

In the course of the discussion, it was said that the Balkan people are drawn by their head to the Euro-Atlantic direction, but their heart stay with Russia. This phrase has aroused a chain of recollections and associations and, finally, motivated me to write this post.

I’d like to tune with the video address of Dejan Novaković and continue this post on an emotional and nostalgic wave. I have visited Yugoslavia twice. First time during the Cold war, when the Soviet propaganda was branding the Yugoslav Communist Party as a revisionist one and its model of market socialism as an apostasy. Frankly speaking, after a briefing at the regional committee of the Komsomol, we were rather watchful for possible unfriendly acts and even provocations. Fortunately, all our fears quickly disappeared as soon as we set foot on the Yugoslav ground and met common people.

We could observe that even such a moderate model of market socialism had brought its fruits. Small shops, bars and restaurants were booming. Showcases boasted with various goods and products in a sharp contrast with the empty ones in the USSR. We were pleasantly surprised when visiting a very well-attended military cemetery with hundreds of graves of Soviet soldiers. Notably, unidentified soldiers weren’t buried in the general tomb of the Unknown Soldier but rested in peace under individual grave stones with engraved epitaphs “Nepoznati borec” (Unknown Soldier).

We also visited the memorial commemorating the crash of the IL-18 aircraft of the Soviet Air Force on October 19, 1964, near Belgrade. The Soviet military delegation was flying to celebrate the 20th anniversary of the liberation of Belgrade from the German invaders but the plane had collided with Mount Avala.

However, the final winning factor was the cordial attitude of common people to our delegation. Wherever our bus stopped in the countryside for a coffee pause, people rushed to us with baskets and buckets full of apples, pears and quinces to treat us and to greet us as “dear Soviet brothers” (“bratushki”).

My second visit, as a tourist, was in 1997 to Croatia, in what already was ex-Yugoslavia. Again, we were a little bit afraid that after the disintegration of the country, the Croats wouldn’t treat us as “bratushki” any more. To say the truth, we felt ourselves guilty that the then political leadership of Russia hadn’t offered any political support to suffering Yugoslavia. In those times, Post-Soviet political leaders had been surrendering former allies and abandoning military assets worldwide.

Russian economy was undergoing a tough shock therapy and the people were concerned only with self-survival. Again, our worst expectations didn’t come true. Common people met us with an unaltered benevolence and friendliness. Every time, when they heard Russian speech, they came up to greet us and to talk about the old good times. In the marketplace, sellers were vying with each other in order to treat us with the best fruits.

It is remarkable that neither the cold relations between the Communist parties during the Soviet times, nor Russia’s softly speaking neutrality to NATO’ s bombing couldn’t cancel the long standing brotherhood between the two nations. As Dejan Novaković put it, the Balkans are still expecting that Russia will once again assume the role of the Elder brother and defender.

In this connection, I would like to revert to our common history and  remind that Russia had entered the World War I, or the Great War in the Western historiography, on the side of its ally Serbia.

At the outbreak of the war on August 8, 1914, the Russian philosopher Prince Eugeny Trubetskoy wrote a very enthusiastic article: “The Essence of War”.  Analyzing the causes of Russia’s defeat in the Russian-Japanese War of 1904-1905, Trubetskoy made a very important conclusion.

He wrote, “the main reason was in the absence of a supranational purpose which could integrate Russia, bring it to live one common emotion: we fought only for our own sake in order to conquer a foreign territory… But Russia has never been inspired by serving a bare national interest. Characteristically, the Russian patriotism has never been invigorated by the idea of Motherland as such, service to the Russian self as such. In order to surrender to love to the Fatherland, we should know what purpose does it serve and what deed it performs. And we should believe in the sanctity of this deed, we should recognize its rightness. We need the purpose which will raise our people’s deed above the national egoism”[2].

Trubetskoy’s moral law is still valid nowadays and explains Russia’s supranational geopolitical stand in our times. Friends and enemies of Russia depict President Putin as a cool pragmatic and even cynical chess-player. However, his most successful geopolitical parties were usually guided not only by naked political calculation, but also by such “irrational” considerations as honor and honesty, solidarity and loyalty to historic allies and partners. Moreover, exactly in such situations, he enjoyed the greatest support of the Russian people; just remember the re-unification with Crimea and the military aid to Syria.

Where Are The Balkans Heading.pdf 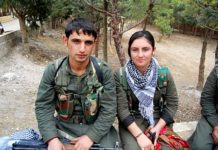 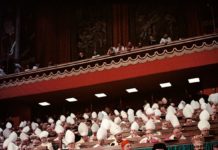