Leesburg (Va) Nov. 22, 2020 – The first thing to know is that our national elections are highly decentralized, with differing laws, practices, and deadlines among the various states (50 states, plus the District of Columbia and Puerto Rico). Moreover, each state determines its own date for certification of the vote. This year, these dates begin as early as Nov. 5 (Delaware), and as late as Dec. 11 (California). The electors meet in their respective states on Dec. 14 to count the electoral votes and declare the results (Whew! At last!), and, finally, a joint session of Congress takes place Jan. 6 and certifies the vote. Then, on Jan. 20, Inauguration Day, the new President and Vice President are sworn in by the Chief Justice of the Supreme Court.

Here is a link to a fuller explanation of the above: https://crsreports.congress.gov/product/pdf/IF/IF11641

Next thing to emphasize is that the president is not elected by popular vote; instead, the Constitution (Article II, Section 1, Clause 2; modified by the 12th and 23rd Amendments) establishes that electors from each state meet in December in the Electoral College (not really a college or even a gathering together—see above), and cast votes, based on the popular vote, for president and vice president. There have been several times in recent history in which the popular vote was overruled by the EC: In 2000, Gore received the larger vote, but Bush won the EC (after court challenges and a massive re-count in Florida, which resulted in a tiny 537 vote difference, which then led to the case going to the Supreme Court, which decided in Bush’s favor). In 2016, Hillary Clinton received 2.8 million more votes than Trump, but he received 306 electoral votes (270 out of 538 needed to win the election). Despite the fact that Clinton had won the popular vote, she conceded to Trump on election night, thereby ensuring a peaceful transition.

Here is a link to a website which explains in more detail how the EC works: https://www.ncsl.org/research/elections-and-campaigns/the-electoral-college.aspx

While a concession by the defeated candidate is not a requirement for determining the finality of the election, it is a never-before-violated custom. Trump has not only refused to concede, but he has sent forth hordes of lawyers to several states (the “swing” or battleground states, so-called) in an attempt to prevent the certification of the vote. These are Michigan, Pennsylvania, Wisconsin, Georgia, Nevada, and Arizona, all of which were called for Biden. But there is no real chance that Trump’s egomaniacal claim of “massive voter fraud” has any possibility of succeeding in the courts. In fact, he has already lost over 30 legal challenges to the outcome of the election: Biden has about 80 million votes to Trump’s 74 million, and Biden’s EC vote is 306—the same number as Trump’s in 2016.

The main reason for the delayed count this year, aside from the underhanded political maneuvering by Trump and his minions, is that there was an unprecedented number of mail-in and absentee ballots, due largely to the pandemic, but also because millions of new voters participated, especially Black voters, as well as Latinos, in the major cities: Philadelphia, Pittsburgh, Milwaukee, Detroit, Atlanta, Phoenix, Las Vegas—the big cities in the swing states that are now being “challenged” by Trump and his looney lawyers, led by the hapless Rudy Giuliani. Many states were dealing with millions of mail ballots that came in just before, or on election day, and some allowed up to 3 days or more after Nov. 3 in which ballots could still be counted. Hence, the delay in the count. But nearly all states had been called for Biden by the news services—CNN, Fox, AP, etc.—within 2-3 days following the vote. At this point, the biggest roadblock to certification is Trump’s determination to somehow overturn the election through chaos and confusion.

A major issue now, is that Trump is sabotaging the possibility of a peaceful transition of power to the new Biden-Harris administration, as required by law, codified in the Presidential Transition Act of 1963 (the year of JFK’s assassination). The transition formally begins when the General Services Administration (GSA) declares an “apparent winner” of the election, thereby allowing access to office space, equipment, and funds for necessary transition expenses. However, so far, the GSA head, Emily Murphy, a Trump appointee, has refused to declare Biden the winner, and has blocked access.

While no one knows for sure how all this will play out, for sure Trump will do all in his power to gum up the works for as long as he can. He is clearly thinking of what might happen to him once he is evicted from the White House. There are serious legal cases pending against him in New York, and who knows what else. Here is a link to an amusing hypothetical scenario from the actor and activist Ed Norton: https://www.foxnews.com/entertainment/edward-norton-trump 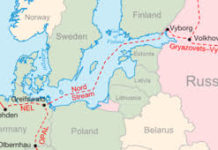 German Greenies: What melody do they sing if they want to stop “Nord Stream 2”? 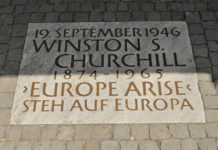 Shocks, Disruptions and the global Pandemic: A response to the emerging challenges in 2021