“We are going to deal with DACA with heart…because, you know, I love these kids.” With these words, President Donald Trump answered  a question on Barack Obama’s executive order to protect “dreamers,” young people brought to the US by unauthorized immigrants.  DACA (Deferred Action for Childhood Arrivals) has sheltered these young people from deportation and also granted them a temporary residence permit, allowing them to continue their studies, obtain employment, serve in the military, and live in the only country they really know. Obama, in essence, had acknowledged that these young people are for all intents and purposes Americans except for the lack of documents.

In the presidential campaign, Trump  said  many times that  DACA was illegal and once in office he would repeal it. After eight months at the White House, the 45th president kept his promise. Trump, however, did not do so personally, leaving the task to Jeff Sessions, US Attorney General, who did not mention anything about Trump’s tender heart. Sessions, in a sense, was the appropriate spokesman for the task given his consistent harsh views on immigration. The Attorney General said that  DACA was illegal and that the Department of Justice could not defend it in court. Sessions continued to explain that  Obama’s 2012 executive order had put in place what “the legislative branch had refused to do.”

Sessions, as a good “spokesman” for Trump, also falsely stated that DACA has caused “terrible humanitarian consequences” by denying jobs to Americans and that it “has put our nation at risk of crime, violence, and terrorism.” This is all untrue because  DACA requires strict controls which include a clean criminal record.

DACA’s  nearly 800,000 beneficiaries are loved not only by Trump but recognized as innocent by almost all Americans. If their parents  committed a crime by bringing them to America, the children are innocent. Their “crime” was to go to school, study, work, and with Obama’s executive order they came close to feeling American. Sadly, some right wing legislators who see nothing beyond the letter of law, do not recognize the complete reality, ignoring the human and political context.

Former Presidents Bill Clinton and Barack Obama have also spoken up in support of dreamers. Many Republican politicians have also demonstrated their support by promising legislative action, which unfortunately has failed in the past. The Bridge Act, a recent bill introduced by Senators Lindsey Graham (Republican, South Carolina) and Dick Durbin (Democrat, Illinois) would allow those individuals who qualify for DACA to continue living in the United States for another three years and provide Congress the time needed for a comprehensive law to reach a permanent solution. The same legislation has also been introduced in the  House of Representatives.

Trump’s DACA repeal will give the legislature six months  to resolve the situation of  dreamers. Unfortunately, the legislative agenda is already very full, leaving little room and hope for an immigration solution. Congress needs to approve emergency funding  to assist the victims of hurricanes in Texas,  Florida, and other southeastern areas.  In addition, tax reform, investments in infrastructure, and healthcare reform which Republicans have not completely abandoned,  will require significant time.

The GOP failure to approve healthcare reform continues to remind us that despite the Republicans’€™ control of the three branches of government, Trump struggles to govern. As far as dreamers are concerned, the 45th president washed his hands and sent the hot potato to the legislature. It’s a challenge  also emphasized by spokesperson Sarah Huckabee Sanders who included a threat almost taken from Trump’s playbook.  Sanders said that the legislature must “pass something on immigration” because that is their job. If they fail to do so,”they should get out of the way and let someone else do it.” The President?

Trump, for his part, reiterated the threat saying that if the legislature does not act in six months, he will have to “revisit the issue.” Would he restore  DACA with a new executive order? Perhaps Trump’s heart would like to do so, but his decreasing approval ratings and the erosion of his base suggest the opposite. Trump washed his hands of  DACA and handed over the future of dreamers to Congress, which for the past ten years has been dominated by gridlock.  On the other hand, the very recent vote in the Senate and House to raise the ceiling to the federal debt, in which Trump circumvented  Republicans by temporarily allying himself with Democrats, might provide a glimmer of hope for other bipartisan actions, including a DACA law. 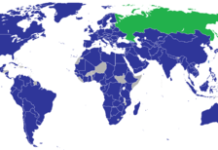 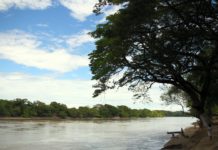