April is World Autism Awareness Month, a time to learn about autism. Organizations offering help to people with autism use the opportunity to educate the public on their work and many, like the My Way center in Yerevan, invite the public to join them in celebrating their achievements. The My Way Socio-Rehabilitation and Vocational Training Day Care Center is a leading institution for helping children, youngsters and young adults with autism, not only in Armenia, but throughout the region. (See https://mirrorspectator.com/2017/06/15/my-way-is-helping-children-with-autism-in-armenia/)

Usually April 2 is the day designated as World Autism Awareness Day, but, since that date has coincided with commemorations of the Four-Day War over recent years, the organizers chose a later date. Hoping to avoid inclement weather in a month known for its instability, they chose April 12; as luck would have it, that very day turned out to be a day of unprecedented winds that even tore a roof off a 5-storey building in Masiv and caused moderate damage here and there. As a result, instead of holding their Inclusive Concert and Exhibition-Sale outdoors, as they did last year, this time they had to convene indoors, in the new Multi-Functioning Performance Hall.

According to Sona Petrosyan, co-founder and ANF Board Member, it turned out to be a huge success. “It was crowded of course, but the spirit was so high, the joy and mood so festive, that we immediately stopped worrying about the lost opportunity to be outdoors, and were happy and pleased as hosts with everything that took place.”

Seats in the hall were reserved for students and official guests, and the overflow crowd enjoyed the performances from the spacious corridors and hallway areas in a large, renovated second building of the facility. The musicians and students performed, played and sang on the stage while staff members, with remaining students, parents and other, easygoing guests, were dancing to the music and having the time of our lives in the corridors. It was, as Petrosyan described it, “Total flexibility, no protocol, spontaneity, and, thus, joy! Joy and pride for our students, who, thanks to years and years of persistent ongoing socialization work, smooth and gentle behavior correction and development therapies, due to the unconditional love they receive from their families and their second family, My Way, are now able, not only to tolerate an unexpected change, but to welcome one, even to take joy in what is unusual, different from their daily routine, an outstanding situation, and to get the most out of it, to have fun, to party, together and even with strangers!” There was, she added, “no need to explain how contagious this mood can be! The atmosphere was absolutely festive!”

Through years of work at the center, Petrosyan has had the opportunity to observe the way first-time visitors react and how their initial reactions may change very quickly. If at first they are tense, uncomfortable, perhaps harboring prejudices or reservations, expecting to witness scenes of suffering and sorrow, when they see the youngsters engaging in musical activities and presenting their art work, they relax, smile and enjoy the process. “They have fun,” Petrosyan commented, “they themselves find it hard to explain what has just happened to them, they all leave happy, touched, inspired, kind and open. And, this effect is a long lasting, life changing phenomenon. So,” she summed it up, “it’s sometimes a big question of who is getting therapy from whom.”

Not everyone realizes just how much hard work over time goes into the results achieved by My Way. This underlines the importance of holding such events, to educate the public, and contribute to altering attitudes towards a condition that is not widely understood. For example, on hand was a professional photographer who had taken pictures of My Way students together with local celebrities and displayed them in a personal exhibition timed to open on April 2. Seeing the overflow crowd on April 12, he suggested (as many visitors would) that the My Way center “needs a bigger hall”—an observation reflecting changing attitudes. As Petrosyan commented, just a few years earlier, they could not have dreamed of having such facilities that they now have; indeed, she said she could still remember a time “when society thought even a small rented apartment was wasted on hopeless kids with autism….”

The exhibition itself represented a breakthrough, since the photographer personally had previously had nothing to do with autism. He had approached My Way with the idea, then arranged for several dozen tasteful black and white photos, each with a child or teenager with autism together with a public figure, such as a TV anchor, or musician, or actress or even a chess master. Most of them were My Way students, but there were also other children with autism living in Armenia. The show opened on April 2 at the Contemporary Art Museum, and two talented My Way students provided music for the guests and media.

Music and Art for Honored Guests

In addition to family members and friends, a number of local and national officials attended the My Way Inclusive Concert and Sale-Exhibition. They included guests from the Education, Science, Culture and Sport Ministry and the Labor and Social Affairs Ministry, all people who work with My Way as a Board of the Autism National Foundation. There were also people from the Human Rights Defender Office who were visiting for the second time, media, the photographer who had organized his exhibition and a video operator. Students, parents, staff, colleagues from other development centers, from Autism and other disabilities community, and even their students, were in attendance.

In keeping with what has become a tradition, My Way dedicated this annual event to a good cause. All proceeds from sales, as announced beforehand, were directed to the grandmother of one student. Arthur is an orphan, living with his brother, also with special needs, together with his grandparents in a rented apartment. The amount collected will cover Arthur’s transportation expenses for reaching the My Way center, to continue his therapy. The youngster performed himself, singing an Armenian love song, “Tarm Tsaghikner” (“Fresh Flowers”), and was happy all day, fully enjoying the special attention.

The event was sponsored by the Armenian Allied Arts Association, in the framework of a project that supports My Way undertakings and activities in the sphere associated with art, music, exhibitions and related events. 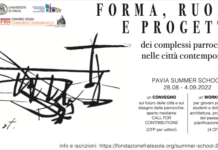 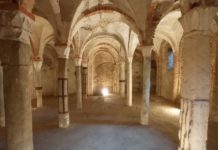 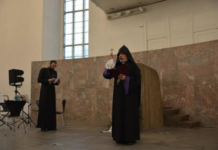 Armenian Genocide: Reflections on the Lausanne Treaty when War rages in Ukraine