Home CORONA VIRUS Only the fittest-will-survive-ideology on the rise How Trump is gambling...

On April 27th the “Washington Post” reported that US President Donald Trump despite receiving daily briefings since January from his Secret Services, which warned the president about the imminent dangers and world- wide consequences of the Corona Virus, downplayed the pandemic. He kept “relativizing” the truth about Corona Virus until March, when after a dramatic stock market crash and the rapid spread of the virus in New York, he announced a “National Emergency” for the USA. The fact that President  Trump up to this day downplays  the reality of the Corona pandemic and looks at the fight against the virus rather in  “competitive” terms (FAZ 28th) – claiming that the Us is fighting the virus more successfully than Europe- is indeed worrisome. World-wide the US has the highest rate of infections (more than 1 Million people) with nearly 60.000 dead.

The erratic and irresponsible behavior of Trump is highlighted in a sequence of events which occurred during the last weeks: Beginning of April Trump launched an attack against the WHO, accusing them to have failed in their information policy; he called them too much “China centric” and threatened to cut US funding for the WHO. His statement received a lot of criticism from Europe.  Two weeks ago Trump in an attempt to distract the attention away from his own failure during the Corona crisis in the US, began blaming China for having been “responsible” for the spread of the Corona virus. Both President Trump and his foreign state secretary Mike Pompeo claimed that allegedly the Corona virus spread from a Wuhan based top- secret biology and virology research center. A thesis, which in the meantime has been rejected by serious scientists in Russia, China and several Western European countries Europe as “fake” and “nonsense”; yet it is still being echoed in several “conspiracy” legends, that are circulating in the mainstream press.

A closer look at Donald Trump reveals that we are dealing with a President who finds his largest electoral support among American “evangelical fundamentalists”. Many of them tend to be profoundly “anti- scientific”, and see the Corona virus as “a punishment” of God for mankind.  How embarrassing the fundamentalist “end of times”- ideology becomes, was illustrated  a week ago (April 23rd )  when President  Trump in one of his daily Press Briefings suggested to the  American people that disinfectants (sic)  could be used as injections to treat the Corona virus. After that, health institutions were inundated with phone calls from people. The “State Emergency Management Agency” had to issue a warning that under no circumstance should any disinfectant be injected to cure the virus. The president’s outrageous statement provoked so much embarrassment in his inner circle that the next day (Friday 24th) the President claimed that his remarks were meant “sarcastically.”

The harsh economic reality in the US is: despite the fact that the US- Congress has agreed on a 2 trillion Dollar economic aid package, more than 26 million (!) Americans are right now claiming “unemployment benefits” while hundreds of thousands of citizens are queuing in soup lines in order to be able to receive free meals. The entire US health sector under Trump has been brutally dismantled during the last years of his term, exemplified by the tearing down of the “Obama health care” policy, as result of which traumatic episodes took place during the last weeks in several New York hospitals. As result of the Corona virus mass graves had to be dug near New York City for burial of the many dead bodies that were transported out of various New York hospitals.  While several governors from different US states have called upon the population to remain at home, President Trump has hyped his voter base via twitter, calling upon them  to campaign and demonstrate in the streets for the defense of their “freedom” and “liberate” states such as “Minnesota” and “Virginia”(!).

Evangelical zealousness and the ideology “Only the fittest will survive”

One of the main voter basis for Donald  Trump is the White Evangelicals in the US-  as was well documented in a recent “Der Spiegel” article (Nr. 17 2020) under  the title “Their God in the White House.” According to “Der Spiegel” a key figure in the fundamentalist scene is Paula White (a management coach), who is Trumps personal “faith advisor” in the White House. She already got in contact with him in 2002. Paula White is part of Trump’s “faith initiative” and she managed in 2016 to recruit fundamentalist voters for Trumps election. According to “Der Spiegel” in Paula Whites Church “City of Destiny” she is preaching that the Corona virus is a plague comparable to “biblical plagues.” She combines her preaching with fund- raising, calling upon those fundamentalists to donate money for her church, with the help of which they will attain ‘well- being and health on earth.’

As “Der Spiegel” reported, one quarter of the American people are today part of the “evangelical” churches, 50 Million of whom  are white people. What keeps them glued together is their “literal” interpretation of the Bible, the belief in the “coming end –times.” Many of them call themselves “Born again Christians” and several of Trump’s Ministers are evangelicals: This includes Foreign State Secretary Mike Pompeo, Vice President Mike Pence and Education minister Betsy de Voss. Trump’s faith advisor Paula White,  according to “Der Spiegel”, claims that God once spoke to her and ordered her to help Trump. So she presents herself as a “link” between God and the US president. White belongs to the “prosperity Gospel” that promises wealth on earth against donations, a somewhat capitalist colored religious understanding.  During the 2016 election campaign Paula White helped Trump and spoke at a three days seminar  of the “Supernatural Ministry School’” in the Mega Church “King Jesus International Ministry” in Miami. In 2016  81 % of the evangelicals in the US voted in favor of Trump.

Only the fittest will survive – ideology pushed

In the context of such “end of times” fundamentalism, one should take into account the ideology of “Social Darwinism” and the belief that “only the fittest will survive”, which in the US but also in Europe serves as guideline for many people in the present crisis. This aspect was analyzed by US historian Richard Hoftstadter (1916-1970) from Columbia University, who in 1944 published a book “Social Darwinism and American Thought.” It is a key aspect if we want to understand aspects of American ideology. In the present pandemics one can observe a lot of people not only in the US but also in Europe, who spread the line that “only the fittest will survive”. This was for example expressed in a “camouflaged ” soft  greenie way, by the mayor of Tübingen (Germany), Boris Palmer,  who stated some days ago that it is “nonsense to help old Corona patients, when it is known that they will die anyway half  a year later”(sic) ; or we have a debate in Germany involving  some representative in Germany who criticize the imposed “lock down”,  claiming that this is a “disrespect” for the basic rights of man  which the German constitution defines as the “Right for Dignity” and the “Right for Life.” They sophistically state that these two articles in the German Constitution should be looked at in their “proportionality”- a very tricky advice, which could also be understood as an argument in favor of “selection”.

One should keep in mind that the line “Only the fittest will survive”- is a phrase that originated form Charles Darwin’s (1809 -1882) evolutionary theory “On the origin of species.” Darwinism was propagated then by thinkers like Herbert Spencer and William Graham Summer who adopted the idea of the struggle for existence as a justifying criterion for the evil as well as benefits of laissez- faire modern industrial society.  In the 19th and 20th century this theory in biology was interpreted by “Social Darwinists” as an ethical guideline that sanctioned “cut- throat economic competition” and led to laissez faire economics, war and racism. Most prominent advocates of this ideology were the Nazis with their belief in the “survival of the strongest” that led to a policy of eugenics and racism during World War II.  The Social Darwinist ideologues applied Darwin’s biological concept of natural selection and the survival of the fittest to politics and the state, arguing that the strong should see their wealth and power increase while the weak would see their wealth and power decrease. Many stress the factor of “competition” between individuals and that politics will “reward” the most competitive.

Will leaders pretend to be deaf? Fratelli Tutti – a challenging document 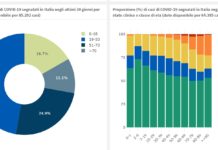 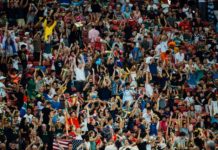