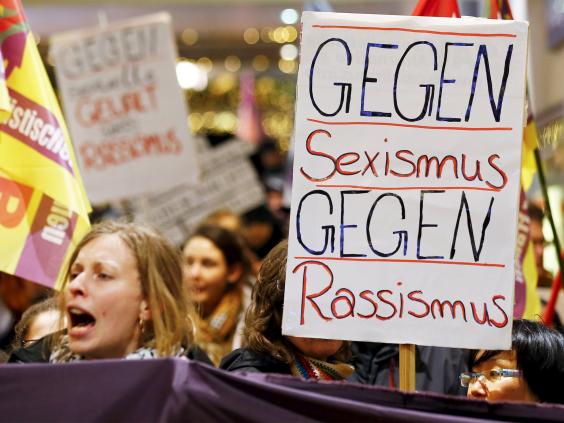 On New Year’s Eve major chaos and mass violence broke out in front of the Central Station of the city of Cologne(Germany), on a place situated right next to the Cologne Cathedral. For hours the Cologne police which was caught in surprise and had to be further reinforced by Federal Police, was engaged in trying to repel and contain the outbreak of mass violence that was carried out by approximately 1000 young men. According to police estimates many of those were of northern African or Arab origin. Many of them being in drunken condition, in a gang-like formation began to throw fireworks into the crowd of people that was celebrating New Year’s Eve in front of the Cathedral; they systematically pickpocketed people (some of the stolen mobile phones were later detected and found in asylum homes) and they committed on a mass scale sexual harassment and assaults against hundreds of girls and young women. The police received in that night some official complaints about sexual harassment (until now nearly 600) filed by young women. So far not more than two dozens perpetrators have been identified.

For almost two days the truth about the chaotic night was “suppressed” by the media and by the police – who in turn – as several police officials were later quoted – were ordered not to say anything specific about “foreigners” involved in the mass violence, since this could be seen as a prejudice against “foreigners” and “refugees” and play into the hands of right wing hooligans.

To say the truth cannot be restricted by political correctness

Within one single night the political climate in the German Republic has dramatically changed. The chaotic events have brought to the surface a major crisis which has been brewing underneath for a long time and which was heated up since the outbreak of the refugee crisis in summer 2015, where the entire country became socially engaged in welcoming more than a million refugees mostly from Syria, Iran, Iraq, Africa and the Balkans.

As important as this reception by millions of citizens was and still is, there is a shadow on this. Thus during the last weeks, more and more concerns have been expressed, in part voiced by federal, regional and local politicians, border guards, police, medical staffs, unemployment offices, teachers etc., who state that the desire to integrate millions of refugees is good and fine. That takes, however, a lot of patience and time, and can’t be trivialized nor exploited by those who want to impose a climate of “political correctness”.

Throughout the entire country a major polarization is going across the party lines, but also across society, families and different State institutions. This brings to the surface a great amount of concern, frustration and discontent, mostly directed against the malfunction of the State and its institutions. The discontent has grown so much that in the last two weeks even German chancellor Merkel, who is derided by many as the lady with a “Welcome culture”, had to accommodate by demanding a harsher application of asylum laws.

Thi author had the chance to discuss with a senior observer, knowledgeable about the inner German strategic situation, who underlined that we must pay a lot more attention to the defense of the “basic principles” of the rule of law. That it is important to break through the “political correctness” and analyze the overall situation with cool mind. This observer pointed to a statement made by former Defense minister Rupert Scholz, who in an article (18.12.15 Frankfurter Allgemeine Zeitung) had argued against the notion of “Post Nation State”, by defending the German Nation State principle as a key guideline for a functioning integration policy, especially if one is confronted with a mass migration.

Very important was also an interview which German Interior Minister Thomas de Maizière gave to Frankfurter Allgemeine Zeitung on January 9th under the headline “There cannot be a spiral of silence”, in which he demanded an uncompromising attitude by the State in dealing with the perpetrators of the Cologne events. What de Maizière reacted to most strongly, was the fact that the police had attempted to suppress the truth according to which some people with a “migration background” were involved in the mass violence. “Neither politics nor the media can proceed differently, if people with a migration background are involved in criminal acts, than is the case in pursuing criminal cases that are committed by people in Germany”, de Maizière said.

The Minister of the Interior pointed out that in autumn last year, he had personally ordered a study investigating the criminality rate of asylum seekers. This – as he put it – also included an investigation of the attacks carried out against asylum homes as well as attacks taking place within asylum homes. He stated that the criminality rate among asylum seekers is increasing and that this had also to do with the specific age group – i.e. there is more criminality among 25 to 30 years old young men, than among 70 years old men or woman. Yet he emphasized that this did not mean that the criminality rate is disproportionately higher among asylum seekers. If you look at Syrian asylum seekers, the criminality rate is under the average, de Maizière said. It is by far over proportionate among people from the Western Balkans and from North African states. However de Maizière also warned that “it would be wrong not to say this, just because there is concern that such information could be misused… We can’t have a taboo concerning the origin of criminality. There can’t be a spiral of silence, especially not one coming from the police”, de Maizière said.

The need to enforce the rule of law

The Interior Minister also complained that within German society there is a growing tendency for using vulgar language and showing raw and vulgar behavior, also in the Internet and social media communication. This showed in attacks perpetrated against citizens who need to be protected, but also against representatives from public services, policemen, firemen and ambulance people. Violence which comes from left and right, from people with migration background, but also from Germans who are out of control. He clearly warned that the “red line has been crossed and we must change that.”

Of particular concern for de Maizière was the attitude of “political correctness” which the police is adapting to and “from here it is not very far to the poll conducted by the German Polling Institute Allensbach which states that 40% of the Germans don’t any more dare to express their opinion, because they fear to be called racists.”

He warned that it would be irresponsible not to name things by name because of political correctness. If a criminal act is perpetrated by an asylum seeker or by somebody with a migration background there can’t be any reservation by the State which prevents that they are judged according to the rule of law. 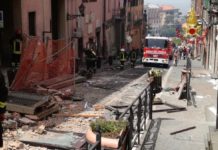 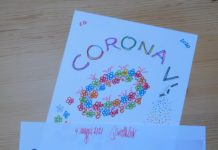 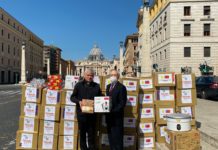