On September 7 a short essay, written by influential Russian strategist Professor Sergej Karaganov (Dean of the Faculty of Economics and International Affairs at Moscow’s Higher School of Economics and leading member of the Valdai Discussion Club), was published in the Magazine “Rossiiskaya Gazeta”. The essay is entitled “The Future World Order”. It is a critical examination concerning the “premises” of the present global world order. His main thesis: “The World is living through an exciting and frightening period when three world orders are tumbling down at the same time”. The only way to find a way out of a foreseeable longer period of strategic insecurity, is to think about what a new “future world order” could look like fifteen years from now. The essay is in line with the dominant thinking of the Kremlin, according to one German Russia observer. Karaganov will be a prominent speaker at the panel “The Conflict between Differing Geopolitical Worldviews” at this year’s 14th annual Valdai-Discussion Club conference (Oct 16-19 in Sochi), which is entitled “Creative Destruction: Will a new Order emerge from the crisis and conflicts?”

Karaganov identifies two world orders that emerged after the end of World War II: a “liberal- democratic and capitalist order led by the US” and a “socialist order led by the Soviet Union.” After the disintegration of the SU a “global liberal order” was proclaimed which was maintained for a short while. For Karaganov this global liberal order was only “a brief period of U.S. and Western hegemony in the world”, in which the West “assumed the right to speak on behalf of the international community. By referring to the various strategic crises of the 1990ies, Karaganov describes this new order rather as “the law of the jungle in its worst form” in which “international law and norms of interstate relations were viciously trampled upon.” (…) “In 1991, Germany and then the European Union as a whole recognized the independence of Croatia and Slovenia which had broken away from Yugoslavia. Such unilateral recognition was completely against international law and became one of the factors that triggered the civil war in Yugoslavia. In 1999, NATO bombed defenseless remains of the country for 78 days. The West then recognized the independence of Kosovo, which had been torn away from the country and where no one bothered even to hold a referendum on separation. In 2003, most NATO countries invaded Iraq under false pretext, killing hundreds of thousands of people and ultimately destabilizing the entire region for decades. In 2009, the aggression against Libya plunged it into chaos which it has been unsuccessfully trying to overcome ever since. All this was accompanied and followed by numerous escapades to support and provoke ‘color revolutions’, most of which caused turmoil and suffering among people. Ukraine is the latest example: Europe tried to cement the ‘liberal order’ through constant enlargement of Western alliances, especially NATO, which could inevitably have led to a big war on the continent, as many had repeatedly warned , if it had continued a bit longer into the territories which Russia considered vitally important for the security and survival.”

With the Ukraine crisis a “qualitative” shift occurred both in Russia and the West. As Karaganov comments: “The West did not dare to go further, as it quickly realized that Russia was now able to ‘dominate the escalation’ and it would inevitably lose if Russia started raising the stakes… But the West’s attempt to establish its hegemony were doomed without any steps on the part of Russia which had stopped the expansion of Western alliances in Ukraine and a series of “color” regime changes in Syria. Its actions only highlighted (which made them especially frustrating) the “loss of dominant positions in the world political and economic system the West had held for the last five hundred years.”

It is noteworthy that Karaganov leaves out the annexation of the Crimean Peninsula, which was perceived by the West as a break of International Law. His only commentary is that Russia had “a hand in ruining the global liberal order with its independent policy and actions in Ukraine and Syria”, and that it was “doing the right thing.”

Three reasons why the liberal global order is crumbling

Following Karaganov’s reasoning there are historically essentially three reasons why the so called “liberal global order” which the West imposed after the dissolution of SU, was short- lived and led to its crumbling.

Karaganov urges the strategic community in East and West to reflect about what a “new world order” may look like in the future. He pays special attention to those countries which are in the process of acquiring nuclear status: This includes North-Korea which is acquiring “quite predictably a nuclear status in front of our very eyes” which “had to be expected after Iraq and Libya had abandoned their nuclear programs and had been laid to waste.” “South Korea and Japan will also seek to obtain this status and will most likely get it in several years’ time not only because of the North Korean factor and an objective decline in the reliability of their main ally, the United States.” If the policy of constant threats and pressure against Iran persist, it too, will obtain nuclear weapons sooner or later. “In addition to nuclear weapons, some countries will also acquire, if they have not done it yet, ‘cyber weapons’ that can cause damage comparable to that from nuclear weapons and ability to destroy entire societies.”

What a future new world order could look like

On this background Karaganov suggests that one should look at the future from a different angle: The history of the last seventy years as he put it, “is the history of the proliferation of nuclear weapons”: The United States being the first, followed by the Soviet Union, Great Britain, France, China, Israel, India, Pakistan and North Korea. “Mankind has survived mainly because mutual nuclear deterrence kept it from self- destructive wars, which were so common in its history.” Karaganov emphasizes that “if cyber weapons are indeed as fatal as many suspect, they may strengthen mutual multilateral deterrence after a period of instability and fears. And then mankind will continue moving towards a new world order.” Since he expects nothing new to be conceived by the Old Atlantic Community, he argues that rather than having to go through a dangerous long journey of strategic insecurity over the next fifteen years, it would be “much better to start building a new world order based on the Greater Eurasian partnership, which also incorporates Europe, proposed by Russia and supported by China, and on China’s One Belt- One Road initiative supported by Russia.”

Special emphasis is given to the fact that “all nuclear, major and sovereign powers should urgently start discussing in earnest how to maintain international strategic stability during the long transition to a new world order. New powers – primarily Eurasian one will have to lead the way in this dialogue and this also includes Russia. And this also will include USA which must break free from its collective madness and until then will have to be contained most rigorously. What he envisions is some kind of Congress of Vienna order of balance and he concludes by stating: “If consensus is reached on a new military- political foundation, the future world order may be much better than most of the previous ones. And it may also be beautiful just like my beloved Congress of Vienna of two hundred years ago.”

Twice in his essay Karaganov addresses the Trump phenomenon which is a “constant” that is frustrating both strategic circles in East as West. The forces behind (Trump), as he put it at one point, are seeking to get out of the system their own country created, because it is no longer as beneficial as it used to be. “This leads to new protectionism, the politicization of economic relations and attempts to foil positive economic interdependence in Europe, based on Russian natural gas supplies in exchange for European goods. Sanctions become a new norm in Western policies.”

Contours of a Third nuclear age

From a different angle the present world situation is reflected in a recent study by the German Konrad Adenauer Foundation” (September 2017) which is entitled “Contours of a third nuclear age.” The two authors are Hans and Michael Rühle (Hans Rühle former chairman of the planning staff of German Ministry of defense and Michael Rühle chairman of the “Energy security section” in the Department Future Security tasks of NATO.)The two authors describe the second nuclear age which began after the end of the East- West conflict, which is no more characterized by the antagonism of a bilateral system but by several nuclear actors. They express “concern that this second nuclear age could be replaced by a much more dangerous third nuclear age, in which proliferation and deployment of nuclear weapons could be probable.”

The detonation of a nuclear bomb, a cyber- attack against some nuclear infrastructure, nuclear terrorism and nuclear proliferation by some fundamentalist terrorist regimes, would constitute a fundamental threat against the present second nuclear order. What irritates the two authors in particular is the “public opinion” which might argue increasingly against the nuclear deterrence (see also the recent Peace Nobel Price given to the organization ICAN [Organization to abolish nuclear weapons] which has sparked a major debate in Germany E.H.] They therefore urge a broad debate particularly in Germany’s strategic circles. The “New American Nuclear Posture Review” which pleads for nuclear deterrence as pillar of American security and alliance policy means that NATO is accepting and seeing itself as “Nuclear alliance” and that means “reinforcing the acceptance of preeminence of the transatlantic nuclear architecture”, the authors conclude. They don’t hide their concern about some statements made by US President Trump “which raise concern in Europe, that the US would get rid of its umbrella duties.” Hence their demand that Germany expresses its commitment in favor of nuclear deterrence that is based on the US nuclear umbrella. 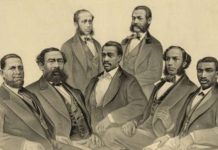 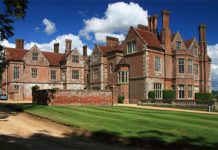