Since the  “White Book  on Security and on the future of the German Armed Forces 2016” (July 2016) got published in summer of this year, one can note that much effort is made in order to make German security policy more comprehensible for the general public. This concerns in particular the role of the Bundeswehr (German Federal Armed Forces) and the deployment of security forces in international affairs.

When men and women are deployed into combat areas abroad, one asks about the risks which such a deployment may have for the life of daughters and sons, which is not easy to answer. Have there been sufficient negotiations and did diplomacy show the “historical” long breath? This is relevant because in all major conflicts the past and the historical consciousness of a nation state (and the current interest of some great powers, proxy wars for example) are always the driving force behind violence or intransigence; and with nice words alone the future cannot be shaped.

Roderich Kiesewetter, who is since 2009 member of the German federal parliament (MdB) of the Christian Democratic Union (CDU-Merkel’s party), was featured as guest speaker at the Bonn Mid-Atlantic Club (14.09.16). He spoke in a differentiated way about Germany’s security policy situation and the conflicts that involve German interests. Being chairman of the Foreign Affairs Committee of the CDU / CSU faction and member of the Foreign Affairs Committee and the Defense Committee, Kiesewetter has an informed insight about the conditions and complexity of the various conflicts. Whether this concerns Turkey or the crises in the Middle East or Africa, the parliamentary deputy illustrated what kind of decision-making has to be made with friends and nominal allies (such as Turkey). Even if one doesn’t have to agree to all his conclusions and proposed measures- especially in light of the fact that the speaker reflected his CDU party policy viewpoint, Kiesewetter succeeded to present the current developments in a compact and clear way. Looking back to a military career and missions abroad (as former colonel) he was able to describe the different strategic situations in a structured way. During the question and answer period which centered on items such as Turkey, the consequences of Brexit, the creation of a European defense community and the handling of cyberattacks, Kiesewetter was able to give an insight into the current delicate strategic world situation.

In the introduction to his presentation, Friedhelm Ost, former Secretary of State at the Federal Press Office, gave an overview about the various interventions which the German Federal Army is engaged in. This includes deployments in Afghanistan, Mali, Syria, Iraq, Lebanon, Sudan (all together in nearly 20 areas in the world, where Germany deploys together with its allies.) This brings up the question: what are the current security policy challenges and is the Bundeswehr prepared for this?

According to Kiesewetter there is the need for “security and cohesion” in society and in the European Community which is key in defining security policy and actions. He emphasized that the perception that Germany is surrounded by friends and partners has fundamentally changed (“this narrative is no longer true”). Instead the situation is shaped by five new conditions: Germany is increasingly surrounded by so called “failing states”; this goes together with the demographic development of Africa, a continent which is likely to grow to more than 2.5 billion people by 2050; at the same time the plundering of African states by corporations will increase. Different emphasis will be given to religion and the gap between rich and poor will grow. Furthermore addressing Russian policies there is going to be an increase in hybrid warfare, and the disinformation, i.e. falsification of “news and information” will make it more and more difficult to carry out an orderly policy, which is supported by the public. All this will have an impact on the future global migration flows. But this is by no means the only crisis which the German government together with the European allies and the other great powers will have to deal with.

Already in July, Kiesewetter  together with his Italian colleague Paolo Alli published an article in the German Daily Frankfurter Allgemeine Zeitung (FAZ, 04.07.16), in which the authors presented the concept for  the help “on site” in Africa in order to counter more efficiently the potential  new refugee wave coming from African countries. It was argued that a “broad approach” was needed, which involved “elements of trade policy, development policy and foreign cultural policy”. From a historical point of view such an approach was conditioned by the fact that “for millennia Europe has been part of the identity of North Africa.” This way it would be possible to explain why the mobility of specialists and young academics should be made possible and why countermeasures should be implemented against the collapse of statehood in many African countries. Libya should therefore be stabilized by a security operation, in order to “turn Africa into a stability anchor”, as the headline of the article suggested.

These are concepts that indeed should be discussed (former President Horst Köhler called for a “real” partnership with Africa, including “legal” travel opportunities for young people who want to learn seriously).The discussion is often neglected in the public debate and especially in respect to the various trade agreements between the EU and African countries which often do not lead to the creation of new work places.

During his speech, Kiesewetter warned about the impossibility of the creation of a “fortress Europe”, a policy of closing and sealing the border as the example of Spain’s policy carried out at border fence of Ceuta and Melilla, demonstrates. As he could witness during one of his travels: with the help of a 7 meters high fence which is armored by NATO wire, the African refugees who try to escape are inflicted with heavy flesh wounds and injuries. This in turn has led to the situation where the Spanish border police have to be exchanged during very short intervals, because they cannot endure the misery which they see.

Without going into further details in the article about the current security policy environment, Kiesewetter used a metaphor by emphasizing that “in the Middle East the guns are ready to fire”. He warned that perhaps Egypt may be the “next powder keg”. At the beginning of  September, Kiesewetter in his capacity as chairman of a delegation paid a 3-day visit to Israel where he was able to receive first-hand information concerning the current situation. A few days after his presentation in Bonn (MAC) Kiesewetter visited Lebanon and the refugee camp at Zahlé and reported on his website that it is our “foreign policy task to help the countries bordering with Syria and provide them sufficient humanitarian aid for refugees.”

Being asked during the discussion in Bonn about the consequences of Brexit, Kiesewetter reemphasized -as many discussants of MAC had stated- that according to the Lisbon Treaty the exit of a EU member state from the EU, makes possible an application of the formula “Permanent Structured Cooperation”.

As Kiesewetter stated in front of the members of the Club, the security policy conditions should be communicated to a broader public, as MAC started to do already 40 years ago. According to the author of this article, such meetings which invite  political leaders, who have to make wide-ranging decisions every day, are very important, in order to involve a broader public. It is indispensable to have security policy discussions (partly confidential) which are not subject to some sensationalist rules of a “talk show”; what counts is the possibility to discuss about the “dividing lines” and “similarities” beyond party boundaries and evaluate carefully the consequences. Such discussions should not be determined by the language used in the typical “Federal Agency for Civic Education”-style; what is important is to develop a direct and vivid language. The old Latin saying “Audiatur et altera pars” (also listen to the other part, according to Roman law) is essential, so that party political interests and formal schemes do not obscure the truly contentious areas.

Certainly the “White Paper” is correct in its conclusions concerning the future of the Bundeswehr, when it states: “Today, a Bundeswehr which is given a new orientation and reduced in size is confronted with an unprecedented magnitude of parallel crises and conflicts”. However a presentation which is based on direct experience, as MdB Kiesewetter demonstrated at MAC, is better suited to reach an understanding in respect to the clash of conflicting interests which are rooted in history and culture. This is crucial in order to understand the decisions that are still to be made or have already been made. Schematic formulas, threats, or incantations (as can be seen in the developments in relation between Russia and the USA), will not help. One would wish however that Kiesewetter would have commented the recent utterings by candidate Trump and Hillary Clintons actions as Foreign Minister in the past. What was missing in respect to Russia, was a new constructive approach for German-Russian cooperation which in many crisis spots could lead to different solutions. 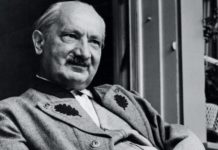 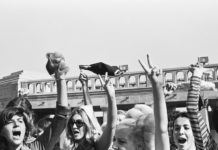 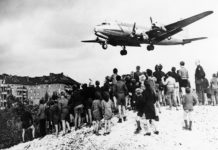