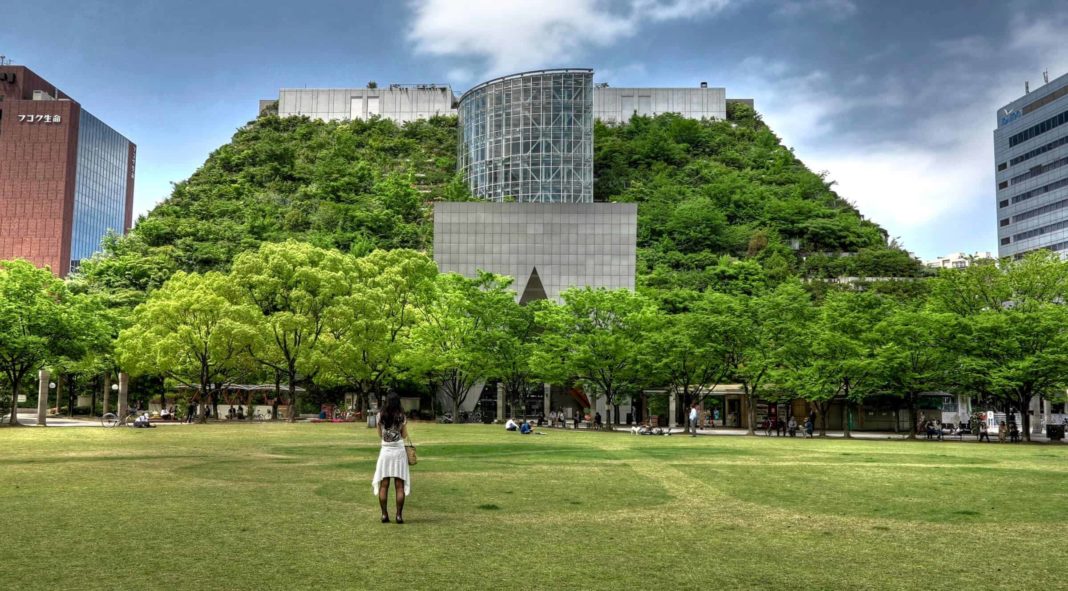 Twentyfive years have gone by since the inauguration of ACROS FUKUOKA, the symbol building of Fukuoka, celebrating the citry’s harmonic joining of city and nature, one of the first if not the first examples of ecological architecture.

Among the first examples of ecological architecture, this building is the green lung of 5,400 sq mt and 50,000 plants downtown Fukuoka, in its financial district. It has become the city architectural logotype.

25 years have passed since the inauguration of the Acros Fukuoka, a building symbol of the harmonious encounter between city and nature, one of the first examples of ecological architecture. Designed and built by the Argentine architect Emilio Ambasz, the structure is located in the Tenjin district of Fukuoka, Japan – the term Acros is the acronym for Asian CrossRoad Over the Sea – and has the particularity of presenting a glass facade to the north overlooking the financial district, while to the south a series of terraced gardens, in continuity with the underlying Tenjin Central Park.

Inside it houses a concert hall, conference rooms, a cultural information center for tourists, government and private offices, and an art gallery. Outside, the vegetation extends over the entire height of the building through 15 terraces open to the public, for a total area of ​​approximately 5,400 m².

At the end of the works, in 1995, 76 different varieties of plants were present for a total of about 35,000 specimens, but over time the biodiversity has increased to such an extent as to reach 120 varieties for 50 thousand plants.

The goal was to integrate into the urban fabric an architecture that did not take away green spaces from the city and that was able to adapt and also combat climatic variations. The soil and vegetation have an insulating effect and contribute to reducing energy consumption, keeping the temperature of the building stable and comfortable, and CO2 emissions.

The same principles inspired the Mountain Hotel in China and the Bosco Verticale in Milan, designed by Stefano Boeri Architetti with the aim of making these buildings a new landmark for cities but also a rich urban ecosystem in the heart of inhabited realities. 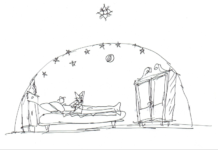 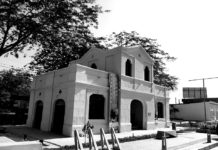 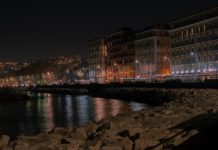