An important element in the formation of the new German government (grand coalition – CDU/CSU-SPD) will be a creative impulse for a “fresh start” in German –Russian as well as EU/ Russia relations. German-Russian relations in the recent months have been characterized by stagnation; the deeper reason for it being a growing misunderstanding on both sides, a lack of communication as well as a lack of “personalities” that are capable to overcome the deadlock in relations with creative political concepts. A true personality has to engage the different layers of society in the idea of nation building, it needs the capacity for a genuine dialogue such as was characteristic for former German Chancellor Willy Brandt who initiated the German Ostpolitik, as well as for Gerhard Schroeder, former Chancellor and his Foreign Minister Frank-Walter Steinmeier who both contributed in a constructive way to promote German- Russian relations. These were some comments of a well-informed insider in Russian attitudes and sensitivities to the author.

From this standpoint it is interesting to study the final communique which was published by the “Economy” Working group” of the Petersburg Dialogue (the bilateral discussion forum between Germans and Russians) during a meeting which the working group had on 18/19 October at the Tegernsee (Bavaria). In a 10- point- communique the participants, among them Dr. Horst Teltschik (former Chairman of the Munich security conference and close consultant of CDU chancellor Kohl) and Dr. Klaus Mangold (former chairman of the German Committee on Eastern European Relations of the Association of German Industry) as well as a group of Russian entrepreneurs, called for a new start in German- Russian economic relations. German- Russian relations, as the communique stated, are at present endangered by the world economic and financial crisis and “inefficient political communication”. It noted that for the first time since many years the number of German enterprises in Russia had shrunk to 6000, accompanied by a declining interest in investments as well as a shrinking trade volume. The European debt crisis has been another contributing factor for the weakening of the economic growth between Russia and Germany. Durable and solid German- Russian relations are good for Europe and close economic contacts between Russia and Germany promote European economic growth.

The participants of the working group underlined the need for new impulses in the “modernization partnership” which itself needs to be better “communicated”. An important element for improving relations is a deepening cooperation in the raw material sector. The communique announced the founding of a Russian- German resources university with the participation of the German Technical University, the Mining Academy of Freiberg (Federal State of Saxonia) and the National University of mineral Resources St Petersburg. There was further mentioning of the need for grand projects, which would force the modernization of Russia and promote the medium sized industry. Other aspects of the communique included the need to expand the bilateral exchange for students and scientists, making use of special research laboratories, stipends, and the promotion of the German dual education system in Russia as well as promoting further the German- Russian youth exchange. Germany, it was stated, could play a special mediation role between Russia and Brussels, concerning the need to lift visa restrictions on a European level, which in the long run means “a common European economic space from Lisbon to Vladivostok” without tariff impediments. Indeed what is needed is “a common European vision which includes Russia as well”, former Bavarian Minister President Edmund Stoiber noted during the meeting.

Russia: it’s geopolitical role and tensions at its southern flank

On October 21 a female suicide bomber launched an attack against a bus in the city of Volgograd, causing the death of five people and leaving 30 wounded. It is suspected that the attack was carried out by a “Black widow”, the wife of an Islamic fighter which is part of a wider network of Dschihad terrorists whose aim is the creation of an “independent Caucasus Emirate”. Recently one of the terrorist leaders of the Northern Caucasus -Doku Umarov called for the boycott of the Sotchi Olympic Games in 2014. This type of terrorist attack has indirectly very much to do with the crisis in Syria and the spillover effects which the widening of the civil war in Syria has and could have on the Russian territory. As the Russian observer noted in the discussion with the author, such terrorist attacks not only occur in Volgograd, but also in Stavropol and it is noteworthy that over the last years one moderate Mullah leader after the other has been killed. The concern of the Russian president is therefore the growing Islamisation by radical forces of the regions in the South- and Northern Caucasus.

It was noted, that under President Putin the military and secret service apparatus was strengthened and insofar is contributing to stabilize the country. But this attitude which is not very inspiring will be not sufficient to face a shrinking medium sized industrial layer, as well as a flight away from the countryside, coupled with inefficient and sometimes corrupt bureaucratic structures as well as chronic deficiencies in the education and health system. President Putin and his entourage which sometimes use of the 9th of May “victory parade” like a Mantra , as well as their heavy handed actions against NGO’s which are blamed as  “foreign agents” (including the prestigious Konrad Adenauer Foundation) suffer from a certain sterility and the lack of capacity to define a new “identity” for Russia’s society. What is needed is a “vision” for the shaping of a new national identity, the Russian observer stated. President Putin gave some ideas about it in his speech at the discussion forum in Valdai, when he emphasized the Christian roots of the Russian state. However this must be accompanied by the need to “reform the institutions”, which includes a functioning parliament and a more sensitive response to the youth both from the state leadership as well as the church.

On the other side it was noted that the way in which President Putin and his Foreign minister Lavrov handled the Syria crisis represented a major turn in world politics.  The deal which was struck on 14 September by the US and Russian foreign Ministers in Geneva  – the  calling for the disarmament of  Syria’s chemical weapons and the strict adherence to the UN security council- in the last minute averted  a direct military intervention against Syria with potentially devastating consequences for the Mideast as a whole. The deal would not have been possible, as was noted, without the very determined intervention by both Pope Francis and by Russian Orthodox Patriarch His Holiness Kirill. While Pope Francis in his letter to President Putin who chaired the G 20 summit in St. Petersburg urged him to work with the G20 participants for a “peaceful solution” of the Syrian conflicts and called on the G-20 to engage for a world economy which allows every individual on earth to have a decent and dignified life, Patriarch Kirill in his personal letter to President Barack Obama called for a peaceful settlement of the Syrian conflict. He particularly underlined that the Russian Orthodox Church “knows the price of human sufferings and losses since in the 20th century our people survived two devastating world wars which claimed millions of lives and ruined many people’s lives. We also regard as our own pain the pain and losses the American people suffered in the terrible terrorist attacks on 11. September 2001.”

The handling of the Syria crisis has opened new strategic options. On the background of the political changes which are occurring right now in Iran,  a potential  “new start” in US-Russian relations (defining common fields of interest for example in respect to Syria / Iran and a closer security cooperation against terrorism) could have a definite “strategic effect” on the future EU/ Russia as well as future German/ Russian relations. 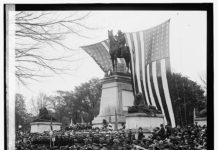 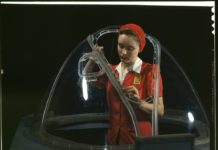 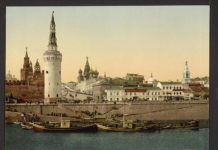