After four and a half days of intense negotiations the EU heads of state have finally managed to agree to what some have called a  “historic 750 billion Euro recovery plan” in order to combat the dramatic economic consequences that the Covid 19 crisis has produced in the European Union. As of this moment a “compromise” has emerged which as the reactions from Spanish Prime Minister Pedro Sánchez and from Italian Prime Minister Giuseppe Conte -both countries were the most dramatically hit by the Corona Pandemic- illustrate, judged the EU negotiating results as quite positive. Another hint is the almost euphoric press conference that was given by Hungarian Prime Minister Orbán and Polish Prime Minister Mateusz Marzowiecki, who were satisfied that they were able to “hack” (Orbán) the discussion of the EU countries that would end up in blaming Hungary and Poland for their defense of the nation state and who rejected that future payments from the EU budget would get linked to the rule- of- law clause.

Before looking at the details of the EU compromise, it is also clear that the “EU compromise deal” is not what Chancellor Merkel and French President Macron had before discussed in terms of the 500 billion Euro subsidies and 250 additional credit package. In fact the main bone of contention during the four days negotiations in Brussels was illustrated by the obstructive role which was played in particular by the Netherlands and its liberal Prime Minister, Mark Rutte. It was the Netherlands that led the so called group of the “stingy” as the international press wrote – i.e. Netherlands, Austria, Denmark, Sweden and Finland. These countries were adamantly opposed to the proposed plan by Merkel and Macron. In the press commentaries as well as in the reported “outburst” which apparently French President Macron had at one point during the negotiations, Macron claimed that the Netherlands now “play the role of the British.” The “Group of the stingy” mostly opposed the fact that the economically and medically hardest hit nations in Europe should receive “subsidies” and credits.  Instead they insisted that if subsidies were given at all, they should be linked to strict conditionality and reforms. This attitude simply reveals an ultra-liberal “laissez faire” principle a well as political opportunism. Since it was Mark Rutte who argued that he had to win his next elections against the “populists.”

The summit was almost about to fail, when in the night from Monday to Tuesday, a compromise was agreed upon, which is aimed at fighting against the effects of the deep  economic recession that the EU faces as result of the Corona shock. According to the German economic weekly “Wirtschaftswoche”:

*The heads of state agreed on a Corona virus fund in the dimension of 750 billion Euros, which is to be issued in form of credits and subsidies to those countries that are the hardest hit by the virus. For the first time the recovery plan is to be financed by way of a common indebtedness (Macron called it a “transfer union”).  The member states only have to give guarantees for bonds that will be issued on the capital markets by the European Commission. The 750 billion Euros are to be paid  back by 2058.  .

*The subsidies in terms of the planned Corona assistance programs amount to 390 billion Euro, instead of what was originally planned by Germany and France- namely 500 billion Euro. Austria, Netherlands, Denmark, Sweden, and Finland originally even preferred to offer credits and no subsidies at all!

*In respect to the question of “linkage between the principle of rule of law” and money which is given to states from the EU budget,  the 27 countries agreed on a formulation which emphasizes the rule of law principle in relation to the EU payments, but it demanded from the  EU commission  to make detailed proposals, how such principle could be maintained , i.e. as Wirtschaftswoche comments, “the  conflict has been postponed.”

*The EU agreed on a “ recovery budget and the European Budget for 2021 -2027 , which amounts altogether to 1,8 Trillion Euro, as the European Council president Charles Michel stated at the end of the EU negotiations.

A look at the various press conferences and statements that were given after the EU summit makes clear that for example  positive assessments were given by countries such as Italy, Spain and Hungary.

While French President Macron spoke about a “historic day for Europe,” German Chancellor Merkel was a bit cautious. She explained that the whole negotiation process was not easy, yet that what counts is that “in the end we came together in a compromise.” And she pointed out that the entire EU Heads of State compromise will have to be approved by the European Parliament which potentially could try to derail the entire process and start blaming Hungary and Poland. The most sensitive aspect in the Recovery plan is that both the EU parliament and te national parliaments have to ratify the deal and this potentially could slow down the dynamic of the deal.

According to the Italian economic daily “Il sole 24 ore”, Italian Prime Minister Conte spoke about an “adequate plan” for the EU consisting of 390 billion Euros in subsidies and 360 billion Euros in form of credits. Altogether 209 billion Euro would be given for Italy in terms of credits and subsidies, the newspaper reported. Also Spanish Prime Minister Pedro Sánchez qualified the EU deal very positively. According to the Spanish Daily EL País, Spain will receive 140 billion Euro in Credits and almost 73 billion Euro in form of subsidies (i.e. the equivalent of 11,2 % of the 2019 GDP). El País reported that Prime Minister Sanchez called the EU agreement as “a big agreement for Europe and Spain. It’s a Marshall Plan and gives response to the Covid 19 crisis.”

During a common press conference given by Hungarian PM Victor Orbán and Polish PM Mateusz Marzowiecki  (Tuesday),  Orbán  almost went out of his way in praising how Hungary and Poland had got most out of the final EU deal.  “While originally there were plans to link the EU budget and payments to the principle of rule of law,” Orbán stated, there is no “reason to criticize us.” “We hacked it. Nobody can attack the Hungarian 1956 revolution or the Polish Solidarność movement, which bravely fought against communism in the past.” Orbán further underlined that in Brussels he had defended the nation state and   pointed out that Hungary and other Central European states were making clear during the negotiations that there should be a stronger attempt for the integration of the Western Balkan States into the EU. 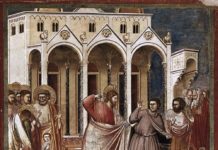 Will leaders pretend to be deaf? Fratelli Tutti – a challenging document