End of October an interesting interview got published by BBC World News (Spanish) with the well- known French neuroscientist Prof. Michel Desmurget – research director of the National Institute of Health of France – who in August 2019 published a book Factory of digital cretins that has become a best seller in France. The book is based on broad scientific publications and uses material from research centers such as the Massachusetts Institute of Technology (MIT) and the University of California in the United States.

The French neuroscientist raises the alarm in respect to the excessive use of digital devices at schools as well as in the free time of children, basically predicting a collapse of the IQ in the next generations and a decrease in language skills and creative mentation. His argument is very much in line with the research that was carried out by German brain researcher and psychiatrist Professor Manfred Spitzer (Ulm) who in 2012 published a book entitled Digital dementia. How we destroy the mind of our children (Droemer 2012). In his book Spitzer demonstrated that the time spent with computer games and Internet surfing has not only dramatically increased; following his own psychiatric experience with young people that are addicted to excessive use of video games it was proven, that these young people experience what Spitzer called digital dementia – which is a term describing the consequences of excessive use of digital technology in education.

As Spitzer documented also in another book Cyber Sick (which was published 2015), in the US young people spend more time with digital media – almost 7,5 hour a day, than with sleeping. He also showed that the use of computer in early child age and in the Kindergarten and schools , rather leads to deficiencies in “reading” and often to “social isolation” and that the big push for googlefication in education has to do with the search for profit of those giant companies like Apple, Facebook and Google who look for billions of dollar of profit  and who claim that in the present period, marked by a global Covid- 19 pandemics, the future of education lies in the push for more digitalization.  The paradox and truth of the matter is, that at present (as the author of this article can personally testify) there is nothing more appreciated by German pupils (visiting primary and secondary schools) than the direct – face to face teaching, which is based on dialogue between teacher and pupil. This confirms what also the French neuroscientist Desmurget concludes, namely that human cognition and real deep learning is not equivalent to a mechanical process of learning by heart but is creative mentation and that the mass deployment of digital technology at schools tends to “prevent” real learning on a large scale and blocks the development of creativity.

According to Spitzer in the US children begin to look at TV at the age of average 9 months and 90% of all children look regularly TV before completing the age of two. In his book Digital Dementia Professor Spitzer made a comparison between children in India who were educated in the ancient Sanskrit language and the children who were exposed to excessive use of computers. The Indian children, he showed, have a “differentiated orientation in space” even if Sanskrit is a “dead” language and the effect which this very rich language has on the human brain is that it created a different coding of mental space.  In a recent speech (November 2019) Spitzer attacked again the excessive use of smart phones and other “screen-tools” (tablets, IPads, TV et cetera) by children and adolescent youth. Referring to various studies he demonstrated that the excessive use resulted in “myopia” (with a high probability of getting blind later on): The constant exposure to the use of smart phones and expectation to constantly receive messages leads to a real addiction, comparable to drugs and alcohol. Spitzer had started his speech by quoting from G.W.Leibniz (a piece written in January1700) . According to the Professor, Leibniz did not know what we know today about the brain structures, connectivity, synapses (and the ability to have certain images during the brain activities.)  Leibniz said: “A lot is happening in the brain, of which we do not notice anything on the one hand, but which has a clear effect on the other hand. The sum of this sum is called the person.”

In the interview with BBC World News the French neuroscientist Desmurget is correctly raising the alarm about the abuse of digital devices by young people. He stated that “there is simply no excuse for what we are doing with our children and how we’re putting their future and development at risk.” The evidence for this are the IQ tests that in recent years have demonstrated that younger generations are less intelligent than before. As Desmurget put it in the interview: “Researchers have observed in many parts of the world that the IQ has increased from generation to generation. This was called the Flynn effect in reference to the American psychologist who described this phenomenon. But this trend began to reverse itself, as became visible in countries like Norway, Finland, The Netherlands or France.” The loss of creative mentation is evidenced by a detrimental effect on the use of language, on concentration, memory and more broadly speaking on culture- i.e. the way in which we organize and understand the world. According to Desmurget our digital devices cause a “decrease in the quality and quantity of intra – family interactions, which are essential for the development of language and the emotional life.” It leads to a decrease in the time spent for enriching activities such as homework, music, art and reading. It causes sleep disturbance and it qualitatively degrades the attention span for doing concentrated work. It means intellectual under -stimulation which prevents the brain from “developing its full potential”.

Desmurget furthermore observed that the “time spent in front of the screen for recreational purposes delays the anatomical and functional maturation of the brain and the cognitive faculties of language.” This being stated, as Desmurget also underlines, does not mean that “digital revolution” is bad and should be stopped. Students should learn basic computer skills and tools as well as teachers using it as relevant tool for pedagogical reasons and the use of certain software effectively promotes the transmission of knowledge.

The ugly truth according to Desmurget is that average, almost three hours a day are spent by 2-year-old kids, about five hours by 8-year-old and more than seven hours a day by teenagers in front of the screen! He concludes that children as well as parents must be better informed about the dangers implicit in the use of digital devices. Desmurget shows that children who were doing well at schools when they were given game consoles, after a few months were dropping in their grades. The children who didn’t play remembered “80% of the class, compared to 50% who played with the consoles.” For Desmurget those children who spend an excessive amount of time in digital activities “resemble those children described by Aldous Huxley in his famous dystopian novel Brave New World – children who are deprived of their language skills, unable to reflect about the world and who engage in silly entertainment.” He points out that right now there is a reaction formation in Asia: In Taiwan as well as in China right now new legislations have been passed imposing heavy fines for parent who expose children under 24 months to digital application and who don’t limit the screen time for boys between 2 and 18 years, while in China teenagers can no longer play at night or exceed 90 minutes of daily digital exposure during the week – 180 minutes on weekends and during school holidays. 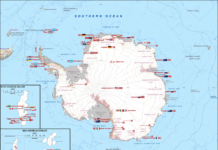 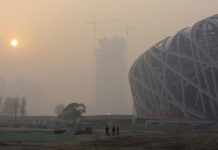