The anniversary celebrations of Beethoven’s 250th anniversary at the beginning of the year 2020, which emanated from Bonn, found an unusual echo in Rio de Janeiro. In the month of September 2020, a new book was published about Beethoven under the title: Pense como Beethoven (Think like Beethoven). 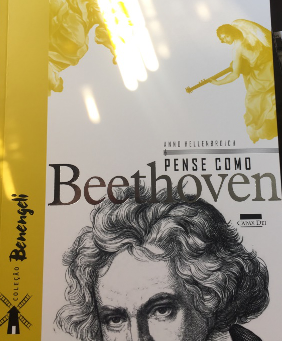 As the editors explain in detail in the foreword, the motif of the opening of the Bonn Beethoven Festival under the title “Rediscovering Beethoven” was followed as a model. The book consists of various essays written by the German author Anno Hellenbroich, which focus on the “entirely new manner” of composing after 1800: the Third Symphony “Eroica” and the Prometheus theme, the development of Beethoven’s only opera Fidelio, the Ninth Symphony, the Missa Solemnis as well as the late quartets are presented in detail in terms of their genesis, significance and in their cultural context. The artistically wonderfully designed book of 154 pages (published by Capax Dei, Rio de Janeiro, Brazil) consists of 7 essays, plus an appendix with 2 important contributions on Leibniz and the music by the author as well as a detailed presentation of the book by Andras Schiff “Music comes from silence”, by Elisabeth Hellenbroich. A register completes this book, which can also be a guide for students to better comprehend Ludwig van Beethoven.

The cultural-political emphasis of this book according to the editors derives from the fact, that Beethoven’s oeuvre and his creativity cannot be separated from his intellectual and ideological convictions. They report that at the occasion of the opening of the International Beethoven Festival (“Rediscovering Beethoven”), a chamber music festival was organized featuring a number of the world’s most famous quartets and piano performers (including the outstanding French quartet Ėbène), accompanied by a large exhibition on Beethoven “Welt.Bürger. Musik” (World, Citizen, Music) in the Bundeskunsthalle, under the patronage of German President F.W. Steinmeier. All over the world – especially in Vienna, Buenos Aires and Salzburg – Beethoven was to be honored this year with special outstanding performances. However due to the outbreak of the “Corona Pandemic”, the Beethoven Festival could not be celebrated as was planned. Nevertheless, many artists (e.g. the violinist Anne Sophie Mutter, the musicians Daniel Barenboim and András Schiff) gave concerts with the intention to give people new strength and spiritual energy in this crisis. (Some of them could be followed later on YouTube).

Since the outbreak of the Corona Pandemic, as the editors write, we have been experiencing a change of epoch: We are confronted with a global pandemic which, starting in China, has infected so far 42 million people and to date has claimed almost one million victims. This crisis is accompanied by an unprecedented global economic recession, which, due to the “lockdown”, has plunged millions of people around the globe into poverty and misery within a few weeks and exposed the systemic flaws of the laissez-faire liberal economic model of recent years. At the same time we are confronted with a cultural crisis that is characterized by cultural pessimism, nihilism and a deep crisis of values. The crisis is centered on the question of the “image of man”. There are currently many voices from business representatives, from politics and from the natural sciences who, in the current crisis, are proclaiming the principle of “survival of the fittest” and relativizing the importance of the human being.

Throughout his life, Beethoven was, as the editors emphasize, fascinated by the ideas of the German poets Schiller and Goethe. He was particularly attracted by Schiller’s thought poetry. In 1785 Friedrich Schiller had composed the first version of his “Ode to Joy”, of which Beethoven took parts in order to compose the 4th movement of his 9th symphony. He did this at the end of his life, after completing the Missa Solemnis. This symphony has had a great impact worldwide. Beethoven knew Schiller’s poem since the 1790s. The Ode to Joy is an expression of the feeling of “connectedness” and “happiness”, the “liberation of man” from the old chains of fear, coercion and demagogy. Beethoven repeatedly made use of his poetic thought that “above the firmament” a God and Father of Creation must dwell, and combined this with the exclamation that all human beings on the earth “become brothers.” This fourth movement, sung by a choir with orchestra, is a legacy for those who bear the responsibility for the advancement of the state and society. It is precisely in view of this epochal challenge- the shaping of the future -that many of the ideas and blueprints for “Statecraft” set forth by Friedrich Schiller in his prose works become very actual. They correspond exactly to what Beethoven also envisioned as his ideal.

The translator of the various essays into Portuguese, Gildo Magalhães, Professor of History of Science at the University of São Paulo, emphasizes in his foreword that, from a pedagogical point of view, the great value of the analyses lies in the statement that everyone can “think like Beethoven”; by developing his creativity, but with the knowledge of the matter that he is dealing with, i.e. without despising tradition, so as not to slide into an inconsequential anarchism. Magalhães concludes his foreword, that as Portuguese translator, he hopes that readers who will read the book will profit from it and feel encouraged to think like Beethoven in these difficult days. 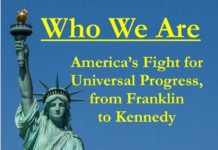 András Schiff: Music is born out of silence